TAMPA, Fla. - The Hillsborough County Property Appraiser's Office has opened an inquiry into whether Tampa City Councilor Orlando Gudes lives in his district. The inquiry will look into whether he is improperly claiming a homestead exemption.

Because he is a former police officer, public records laws exempt his home address, but a 2008 property deed shows the address is within city council district 7, which is represented by Luis Viera. A plot number on a Hillsborough County tax bill dated April 1, 2022, matches a property north of Busch Boulevard. A neighbor said she hasn't seen Gudes for months.

The City of Tampa charter says, "members of the city council representing districts 4-7 shall have been residents of the respective districts from which elected for six months before and during their term of office." 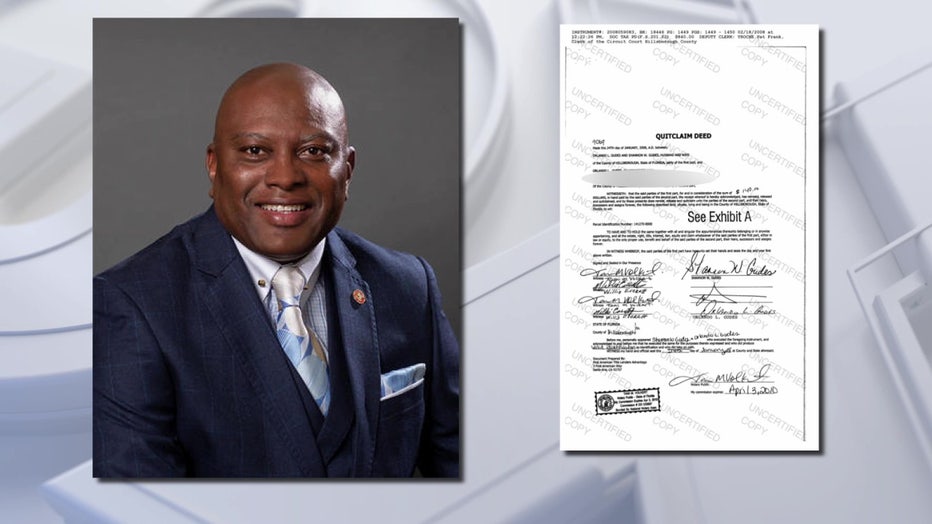 A lawsuit filed Monday by a former Gudes aide, who a city-commissioned report found had likely been harassed by him, also accused him of not owning a home in the district he represents. Instead, it said he claims as his homestead the home in Viera's district 7.

FOX 13 has confirmed the property appraisers' office has opened an inquiry into his homestead exemption claims. 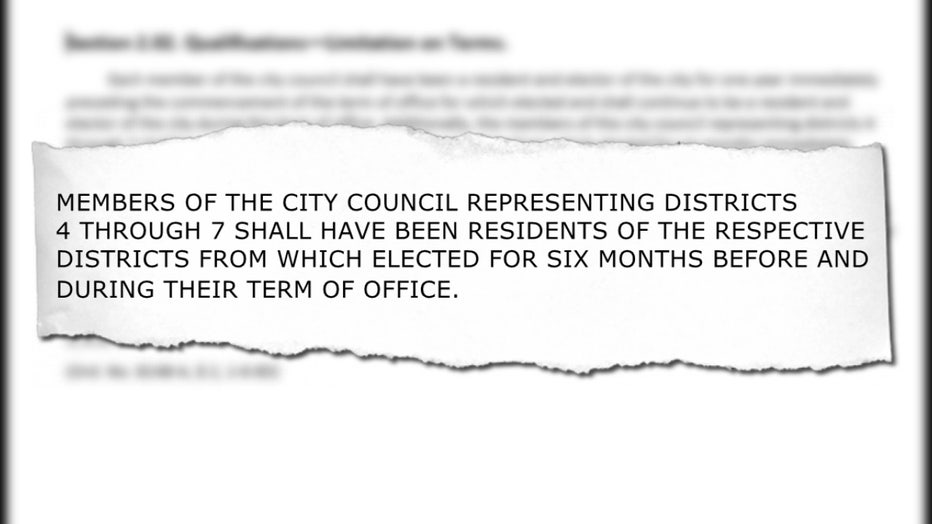 "This is unprecedented, so we would have to research the next steps if indeed there is a charter violation concerning a councilor's residency," The City of Tampa said Tuesday evening.

An oath of candidate Gudes signed during his 2019 campaign said he was running for the district 5 seat. It leaves blank the district he resided in. 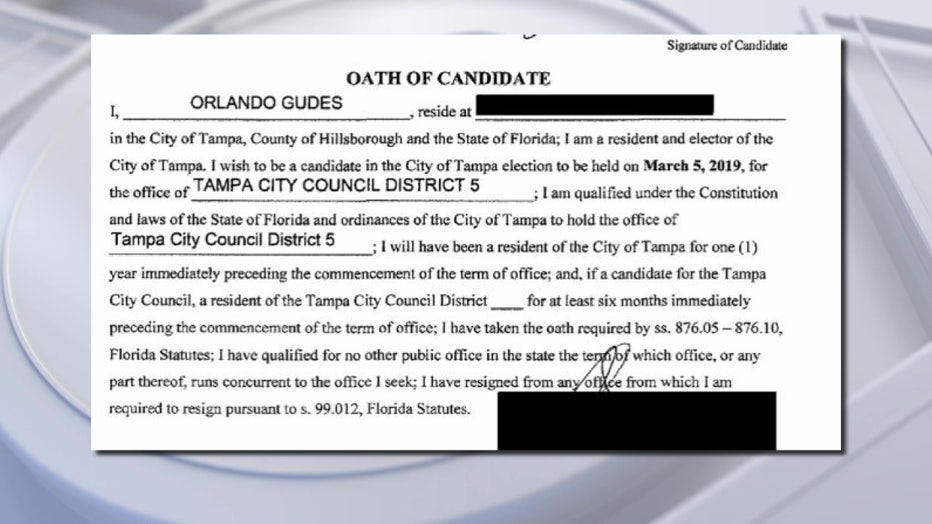 Gudes was quiet on Tuesday, with multiple efforts by FOX 13 to reach him and his attorney via text message, phone and email being unsuccessful. He did not respond to our email to his city account that said, in part:

"It appears [your] address is in the district represented by Councilor Viera, district 7. You, however, represent district 5. This may well be a misunderstanding. Please let [us] know if it is. The information that we would need from you is what your place of residence is."

The property appraiser's office said it is unclear how long the inquiry into Gudes' homestead could take.