TAMPA, Fla. - Tampa City Councilor Orlando Gudes is facing a lawsuit. The former aide who a city report said was the victim of a hostile work environment created by Gudes filed a lawsuit accusing him of causing emotional distress and defamation.

"People have shunned her," said the plaintiff's attorney, Ethan Loeb. "People have questioned her integrity, wondering why it is that she came forward."

Councilor Orlando Gudes gave up his chairmanship after it was revealed he created a hostile work environment with a string of sexually-oriented comments, gestures and crude terms about the sex life of his aide.

On March 28, Gudes responded by saying, "I considered her a long-time family friend and I regularly socialized with her, her boyfriend, and several other individuals, both before and during her employment." 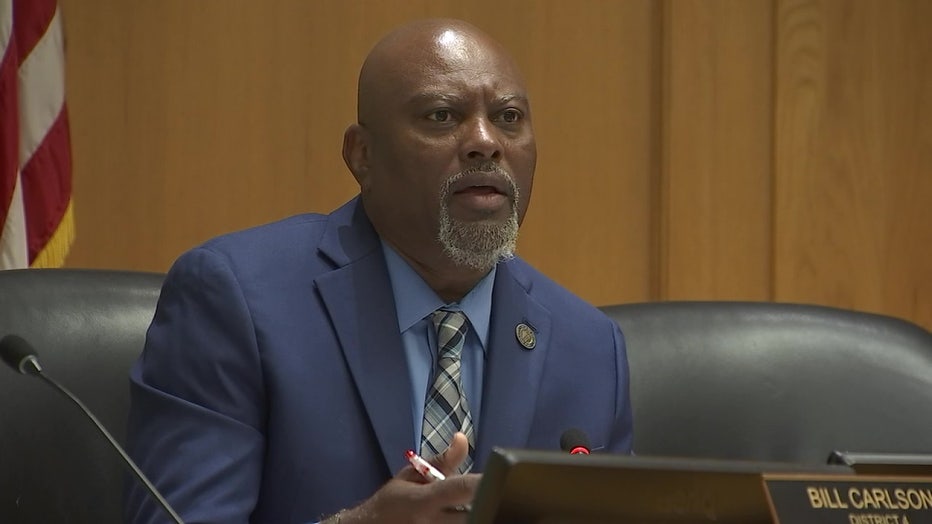 The lawsuit filed May 16 said, "Prior to applying for the job, she had not directly had any friendly interactions with him."

"We were taken aback by that because it is just not accurate," Loeb said of the claim they were longtime friends.

New accusations in the suit include his making sexually charged comments to a college intern that made her so uncomfortable that her dad considered going to city hall to confront him.

It also said he encouraged his aide to lie about why he was unavailable to handle public business, and that she would suffer severe consequences if she refused to cover up for his workplace performance.

On one occasion outlined in the suit, Gudes drove to the victim's house to pick up work-related papers. When he arrived, he leaned out of his car, "sniffed towards [her] groin area" and made a comment of sexual nature.

According to the lawsuit, the alleged victim "was so upset about Mr. Gudes’s [actions] and shocking commentary that she first reported the incident to the legislative aide for Councilman Luis Viera." 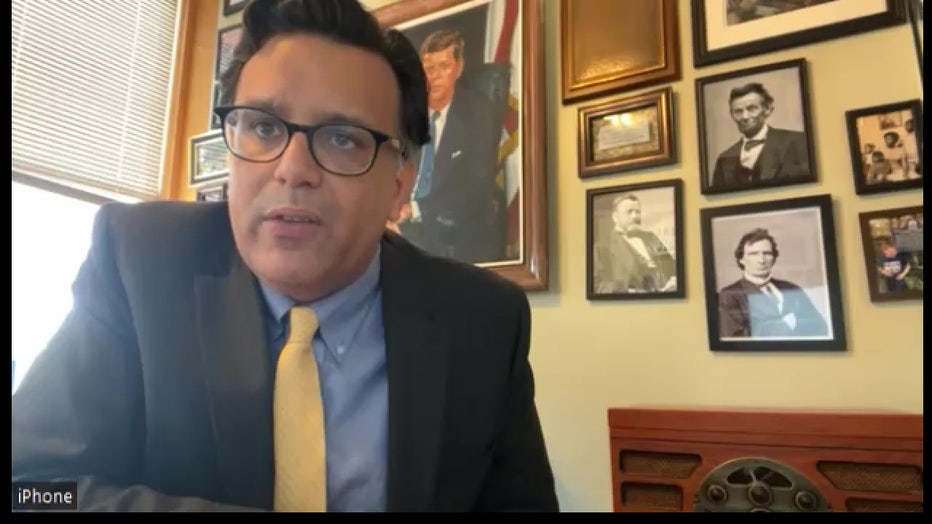 A screenshot of a text message from Viera is included in the documents. In it, Viera allegedly says "I’m ready to support [the victim] and have her back. I’m outraged but can’t do anything without her. Again, this is outrageous. It’s abuse. We can’t turn our backs." 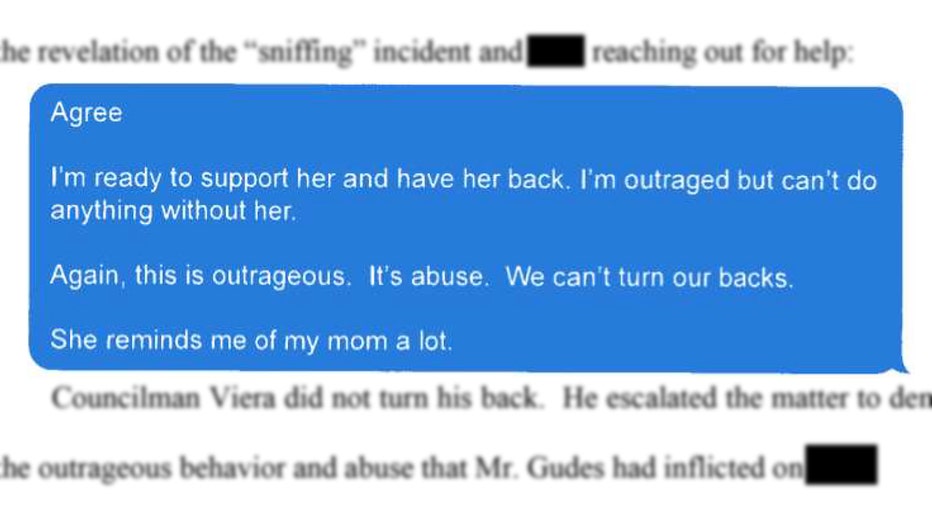 The lawsuit also detailed that he does not live in the district he represents, in violation of the city charter.

The alleged victim's attorney said she might never have filed a lawsuit if Gudes had offered an apology without qualification, and given up his council seat instead of just his chairmanship.

"I do accept responsibility for comments that I made that, while not sexual harassment, were not appropriate for the workplace," Gudes first said when the city report was released. "I made the mistake of hiring a friend and not establishing new boundaries."

Gudes said his lawyer will be making comments on Tuesday.