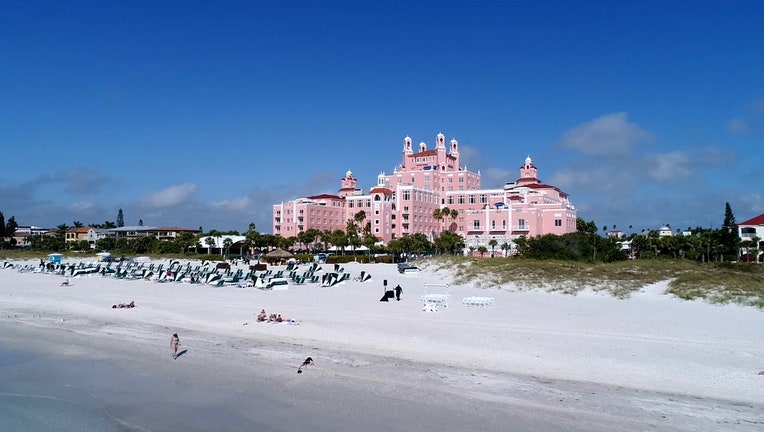 ST. PETE BEACH, Fla. - The Don CeSar, popularly known as the "Pink Palace," is a historical landmark and well-known tourist attraction in St. Pete Beach that has around for nearly a century. Its eye-catching design hasn't gone unnoticed.

The hotel ranked the best in Florida when it comes to architecture and design, and claimed the top spot as the 2020 People's Choice for Architecture. A panel of architects in the Sunshine State studied the designs among Florida's historic hotels and inns to make a decision.

They said they chose the Don CeSar for its Spanish and British colonial influences, its worldwide popularity as a tourist destination and its "exuberant extravagance in the Roaring '20s." It makes sense considering the Don Cesar has been around since 1928. 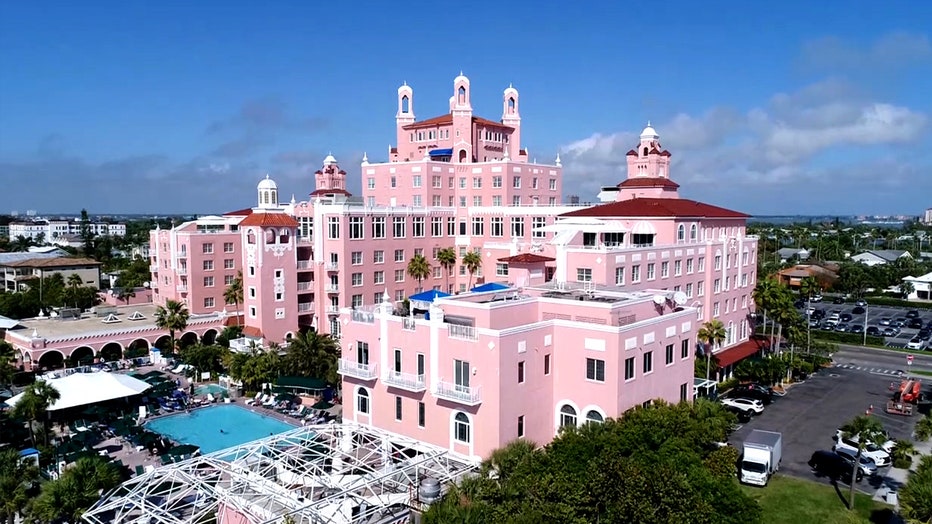 A man named Thomas Rowe opened the Don CeSar in 1928 as a tribute to his lost love. In 1940, he passed away after suffering from a heart attack in the hotel lobby. His estranged wife, Mary, inherited the hotel. By 1974, the Don CeSar was added to the National Register of Historic Places.

Other nearby contenders in the contest included the Vinoy Renaissance St. Petersburg Resort and The Lodge at Wakulla Springs.