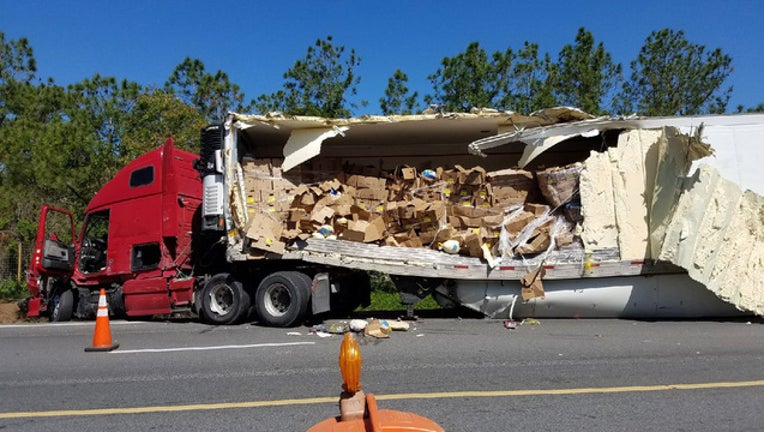 RIDGE MANOR (FOX 13) - Two semi-trucks collided in Hernando County, ripping the side of one of the trailers.

Florida Highway Patrol troopers say the crash occurred after 10 a.m. on Thursday on Interstate 75 near Croom Rital Road. One southbound lane remains open and there are no reported injuries.

Photos shared by FHP show only one of the tractor trailers involved in the crash. There is significant front-end damage to the semi, while half of its side is torn, revealing piles of cardboard boxes.

Troopers say drivers can expect delays on I-75 near the crash as the investigation continues.