In a large skillet over medium heat, warm the oil. Add the onions and pepper and cook, stirring occasionally until both are soft, four to five minutes.

Add the steak and season with salt and pepper. Stir, breaking up the steak as you cook. Add the pepperoni and mix. 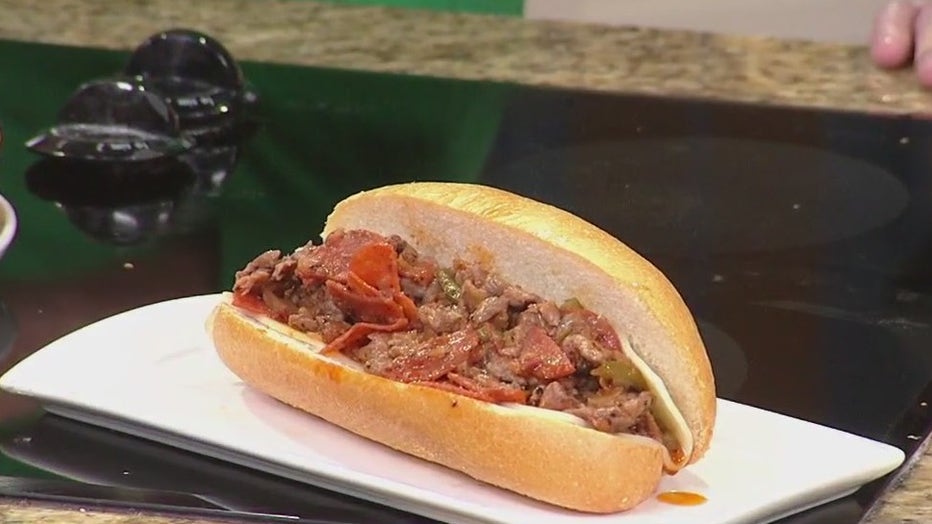 Continue cooking and breaking up the steak until the meat is cooked through, about 10 minutes. Add the marinara and mix.

Cook for one to two minutes until the sauce is hot. Open the rolls and place two slices of cheese in each.

Divide the steak mixture evenly among the rolls placing it on top of the cheese.