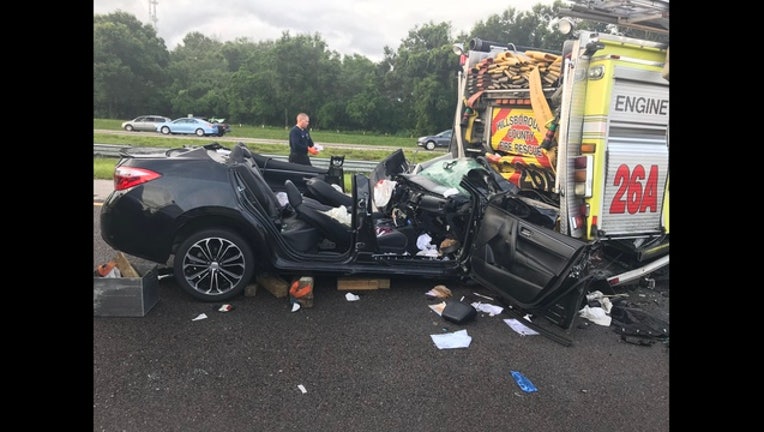 HILLSBOROUGH CO. (FOX 13) - A driver suffered critical injuries in Hillsborough County, after crashing into the back of a firetruck that was responding to a separate car accident.

It happened in the Westbound lanes of I-4, just East of Branch Forbes Road around 7 Saturday morning.

Hillsborough County Fire Rescue says a driver lost control of their car, spun out, and hit the median. As they pulled up to help the driver, the Florida Highway Patrol says an Orlando man in a Toyota Corolla crashed into the back of the fire engine. The impact was so great, the man became entrapped in the car.

The Westbound lanes of I-4 were shut down while the man was being airlifted to Tampa General Hospital. The road has since been reopened.