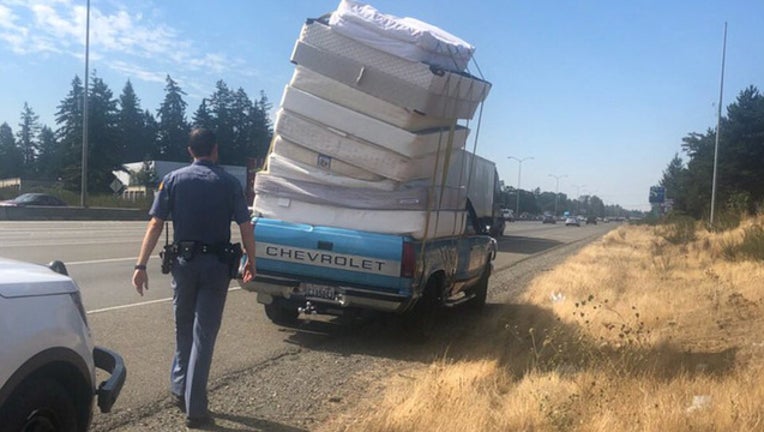 A trooper pulled over a truck hauling at least 11 mattresses stacked atop each other on Interstate 5 near Highway 512 in Tacoma, FOX 17 reports. There were straps, but the tower was precariously leaning to the right on the bed of the pickup truck.

The driver was cited for not properly securing the load. If more mattresses were piled on, they could have been cited for an overheight load, but the tower was two feet short of the 14-foot limit, FOX 17 reports.

"Thankfully everyone involved will sleep soundly tonight," Batiste said in her tweet.