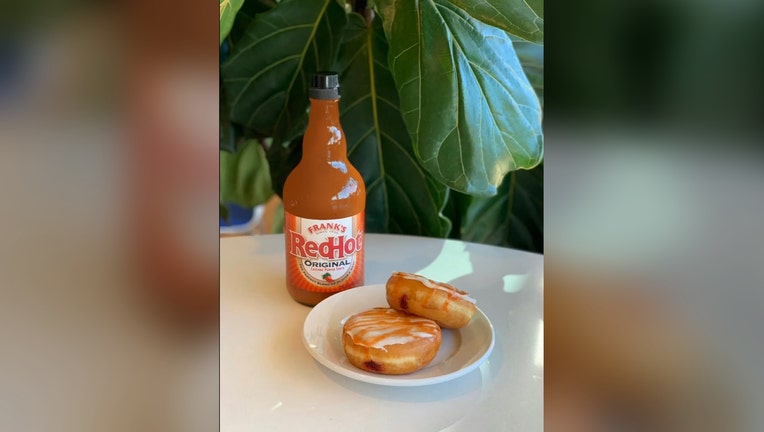 MIAMI, Fla. - Dunkin' Donuts has a hot take on an old favorite.

The coffee chain teamed up with Frank’s RedHot to make a hot sauce-drizzled jelly doughnut, but it’s only available in Florida.

Dunkin' announced the collaborative effort to make the spiciest doughnut ever tasted.

According to a Dunkin' press release, the Frank's RedHot jelly donut will only be available for a limited time.

And they'll only be available in the Miami area, while supplies last.

"The mouthwatering mix of sweet icing and jelly filling with the spiciness of the hot sauce created a flavor combination that our culinary team knew would be a touchdown among Dunkin’ and Frank’s fans alike," Dunkin’ said in its press release.