TAMPA, Fla. - Lung cancer is the leading cause of cancer deaths in the country. According to the American Cancer Society, More than 236,000 Americans will be diagnosed with lung cancer this year, and more than half will die.

When Ed Cutler was 67, he found out a spot on his liver was actually lung cancer that had metastasized. A shocking stage-four diagnosis when he had no symptoms.

"The oncologist at that point said that I needed to get my affairs in order," Cutler recalled. "That life expectancy was only expected to be maybe 9 to 12 months."

Next week marks nine years since Cutler got that news. He has been fighting hard to beat the odds, and also raise awareness about this common disease.

"Lung cancer is not just a smoker’s disease. It is one that anybody, anybody with lungs can get lung cancer, whether they smoked or not," said Cutler.

Each year, more people die from lung cancer than breast, colon and prostate cancers combined.  Yet nationally, only about 24% of cases are diagnosed at an early stage when the survival rate is higher.

"As a medical oncologist, I treat mostly patients with stage four disease, which by all means is treatable, but it's not curable," explained Dr. Bruna Pellini, Thoracic Oncologist at Moffitt Cancer Center. "And we want to catch them in the beginning of their journey when they have curable disease." 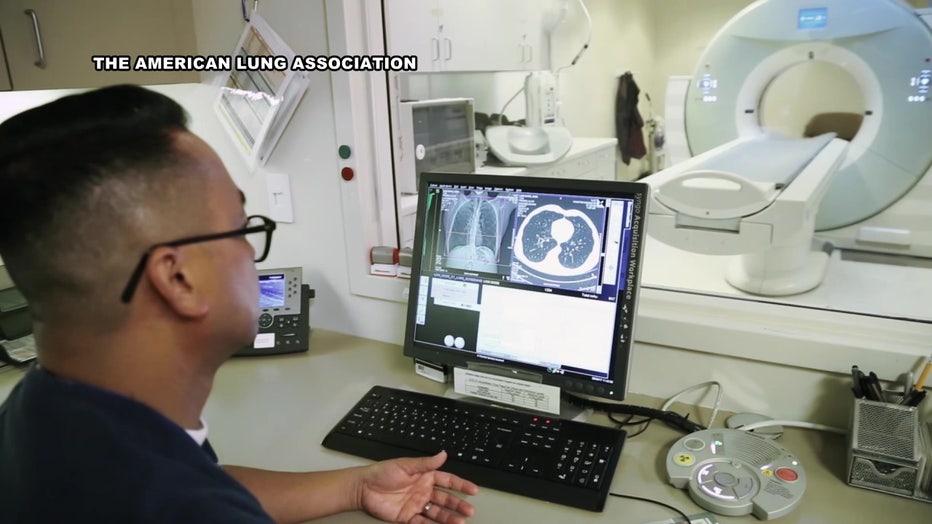 Lung cancer screening is the key to early detection of the disease. However, according to the American Lung Association’s 2022 Lung Health Barometer, 73% of adults have not spoken with their doctor about their risk for lung cancer, and only 40% are concerned they might get the disease.

"The biggest thing for us is to provide awareness that lung cancer screening is available, and it's very important and that it does save lives," American Lung Association Executive Director Steven Riddle said.

READ: Teen becomes caregiver for cancer-stricken parents: 'It's all love'

The American Lung Association estimates more than 14 million Americans qualify as high risk for lung cancer and should be screened, but only about 5% have it done.

"If you're a past smoker, a current smoker, or you've got someone in your family that has a history of lung disease or those folks that are suffering from lung disease, don't be afraid to get screened," said Riddle.

It is a quick, low-level CT scan that could save your life. In Cutler's case, his lung cancer was caught late stage, but since April, his scans have brought good news.

"Said that he saw no evidence of disease well that totally shocked both my wife and me," he said.

His family hopes it will stay that way for a very long time.