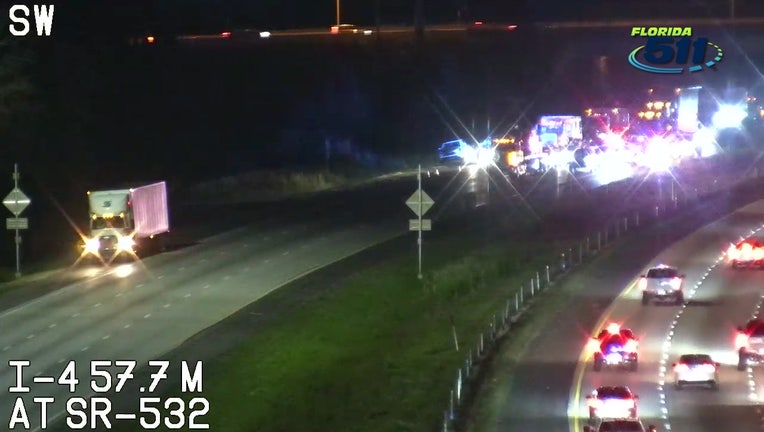 DAVENPORT, Fla. - A deadly crash involving a pedestrian has shut down the eastbound lanes of Interstate 4 in Davenport.

Florida Highway Patrol troopers said the crash occurred around 4:15 a.m. Wednesday. Traffic is being diverted off to U.S. Highway 27.

Troopers said a tractor-trailer was heading east on State Road 400, west of exit 58, and crashed into a pedestrian -- described as a 27-year-old man from Davenport -- who was crossing the highway for "unknown reasons."

They said the unidentified pedestrian was likely struck by other vehicles after the initial collision, and died at the scene.

There is no word yet on when lanes reopen.