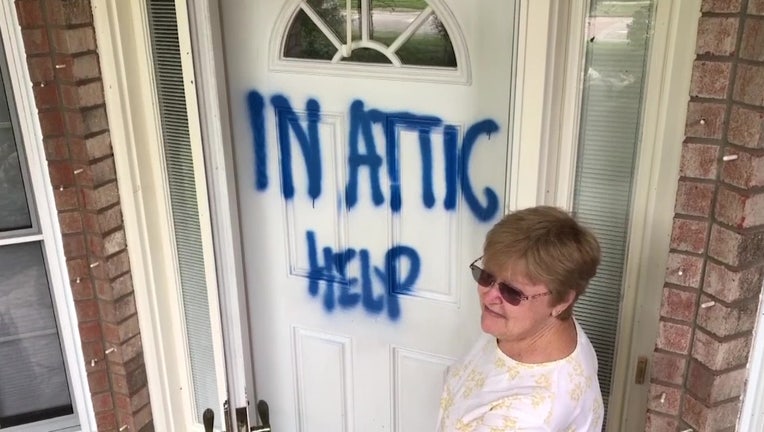 CANTONMENT, Fla. - An elderly Florida couple spent hours trapped in the attic of their home with their two dogs as Hurricane Sally floodwaters rose inside.

Before seeking refuge under the roof, they spraypainted "IN ATTIC HELP" on their front door in big blue letters.

For two hours, no one came. The situation for Jack Hulgan, 84, and his wife Elaine, 76, was getting desperate when a firefighter on a Jet Ski finally stopped.

The hurricane swept through the Hulgans' community of Cantonment, Fla., a suburb just north of Pensacola, on Wednesday morning, causing massive flooding, destruction and power outages.

First responders from Hillsborough, Tampa, and Saint Petersburg Fire Rescue were deployed to Crestview, Fla. to help with the aftermath of Hurricane Sally.

Unable to get through calling 911, the couple took shelter in the attic, watching with dread as water poured into their living room, the Pensacola News Journal reported.

They told The Associated Press that they could hear rescue vehicles passing their house.

“When they kept going by and not seeing us, I told Jack, ‘Are the four of us going to die in this house?’” Elaine Hulgan said. 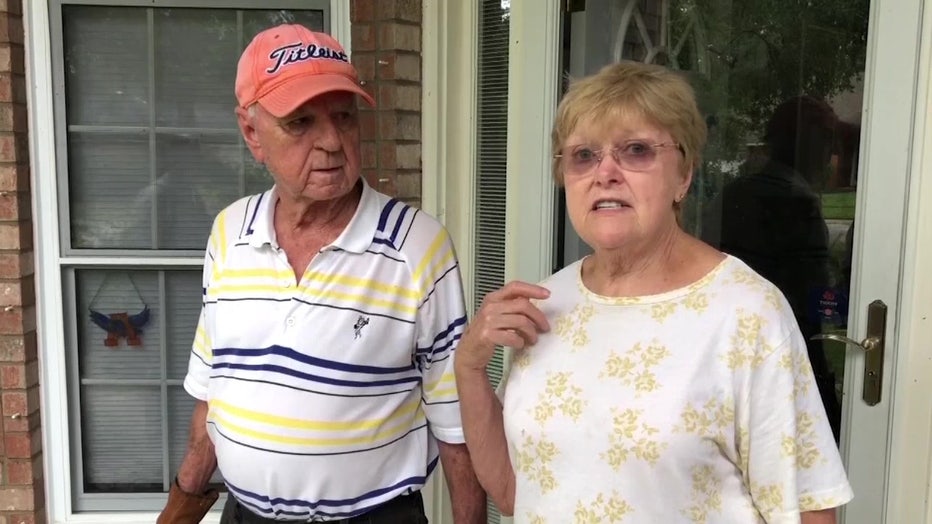 Jack Hulgan made his way back to the front door and whistled – catching the ear of the firefighter on the Jet Ski.

He called for a raft to retrieve the couple and their dogs.

They were taken to safety. Now the couple that has been flooded twice before goes to work filing claims and looking for temporary housing.

But first, after the floodwater receded, they returned to survey the damage. By the door with the blue letters, they shared a kiss.