Elderly couple fights back, kills intruder who attacked them in their South Carolina home

After an intruder forced his way into their South Carolina home, a Vietnam veteran and his wife fought back against their attacker.

AIKEN, S.C. - An elderly couple in South Carolina fought back when an armed suspect attacked them in their home.

Herbert Parrish, 82, and his wife, 79-year-old Lois, were inside their house around 2 p.m. Monday when they heard a knock at their back door, FOX 57 reports.

"I opened the door and he said he was looking for his little white chihuahua and wanted to know if I saw it," Lois recalled. "I told him no, I hadn’t."

But as she closed the door, police said the man, later identified as 61-year-old Harold Runnels, forced his way inside the house.

That's when investigators said Runnels pulled out a large knife and began attacking her.

"I felt, we’re gone. He’s going to kill us and take what he can take," Herbert said. "He was not going to go out that door and leave us alive. That's the way I felt."

The Vietnam War veteran decided he wasn't going to go down without a fight. 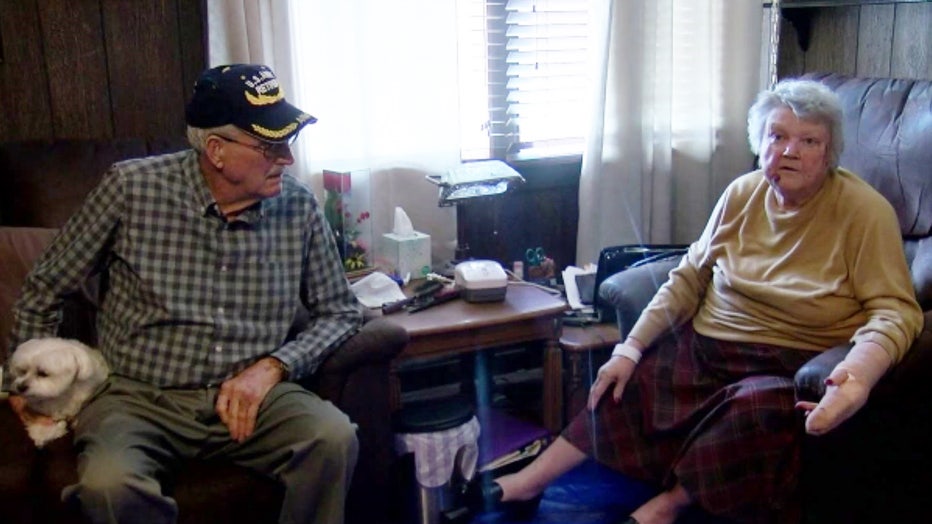 "I said, I've got to do something quick and get the edge on him, get the advantage on him," Herbert said.

He quickly grabbed a hold of a shotgun he had hanging on his wall by the door.

Herbert then proceeded to beat Runnels with the handle of the gun until the intruder was unconscious.

"I started hitting him in the head with the barrel and I know I must have hit him at least ten times right in the face, just as hard as I could hit him," Herbert said.

Runnels was taken to a nearby hospital, but died later that night from his injuries.

Both Herbert and Lois were injured during the attack, but are expected to make a full recovery.

RELATED: Search continues for suspect in car theft that led to AMBER alert

The couple recognized Runnels as someone who lived nearby, and Lois recalled seeing him walking in the neighborhood before.

One neighbor told FOX 57 that she called police on Runnels several months prior because he was walking around the neighborhood looking suspicious.