ANTIOQUIA, Colombia - A cow bounded into a Colombian hospital waiting room, terrorizing patients and their families this weekend.

It happened in the city of Antioquia. The escaped bovine was an unwelcome surprise to those in the waiting room at Hospital San Rafael in northwestern Colombia.

People tried to avoid the cow by running into the corner but it followed them, pinning one woman against the wall. 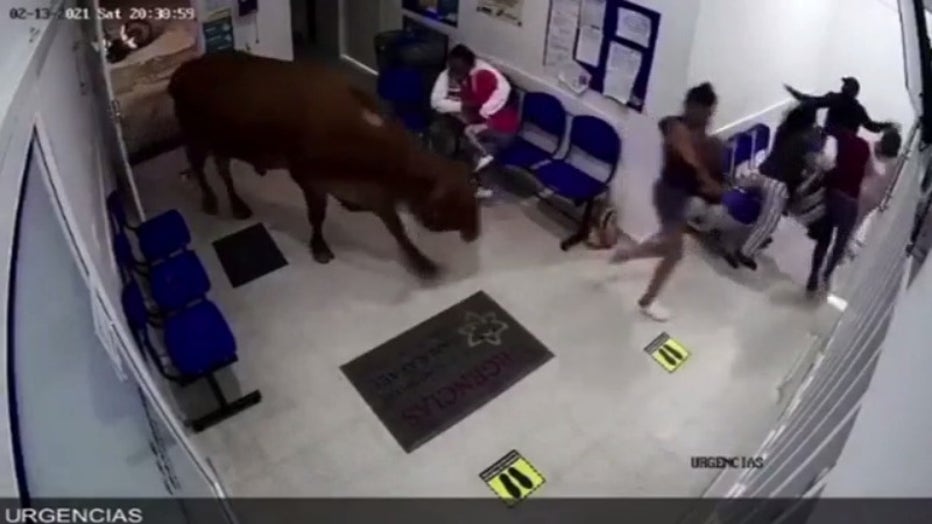 Surveillance camera video, which was provided by the organization Newsflash, shows the room was left disheveled. The cow was apparently still attached to a rope, which people in the waiting room used to pull the animal away from the woman and toward the door.

Local newspapers say no one was seriously injured. The cow's owner went to the hospital to apologize for the incident.

There are no reports of police opening an investigation into the matter. 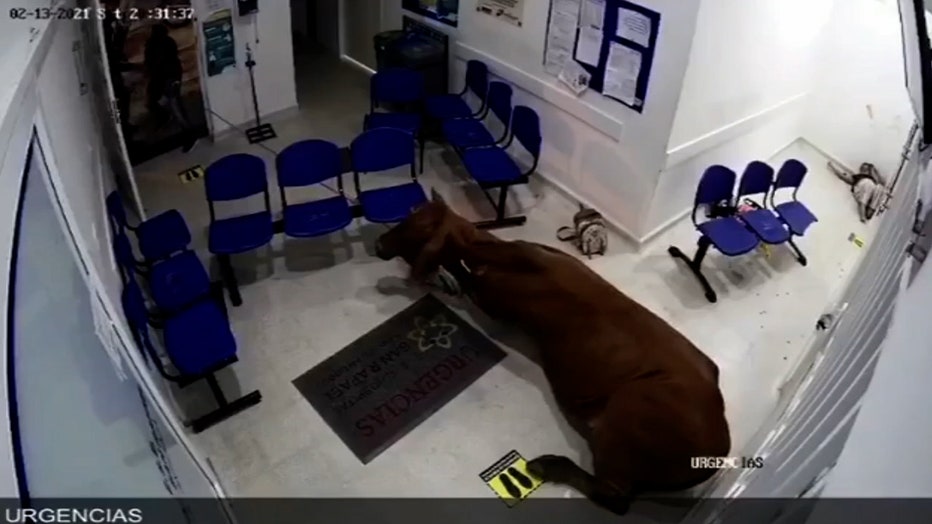