TAMPA, Fla. - American’s are having a hard time fleeing Russia after the European Union and Canada restricted airspace, blocking planes from flying over.

Johnathan Bush spoke to FOX 13 from Moscow, after the plane he was on had to do a U-turn. He had been spending the last several weeks visiting his wife’s family.

"They turned the plane around, everyone is panicking, and all the women are crying and I’m like, 'I'm really about to be stuck in Russia during this war,'" Bush told FOX 13.

He and his wife didn’t think Vladimir Putin would escalate the situation with Ukraine so quickly.

UPDATES: What to know as Ukrainian troops resist advance on key cities

Sunday the U.S. State Department issued a dire warning for American citizens to get out of the country, while acknowledging many flights had already been canceled because of the restricted airspace. 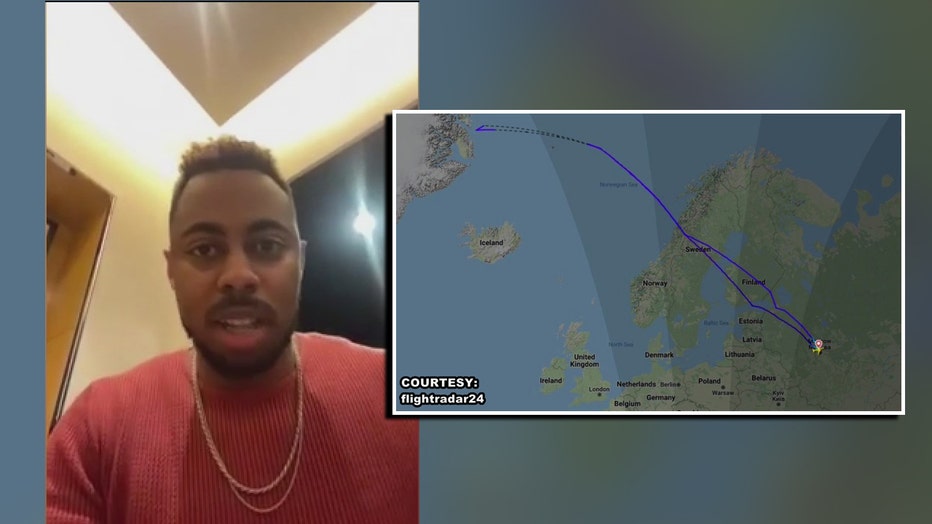 Bush and his wife returned to Moscow where they are having trouble using several American credit cards as U.S. companies restrict access, in protest over the Russian invasion.

Joe Mestas’ wife was in Russia to take care of her mother and was on the same flight.

A Tampa-based non-profit is leading the effort to help U.S. citizens escape from Ukraine as Russia's full scale invasion continues to unfold. So far, Project Dynamo has successfully removed 2 bus loads of evacuees, including Americans, and currently working to remove 4 more bus loads of evacuees.

"I called the State Department three times yesterday and they weren’t much help," Mestas told FOX 13.

American’s have been told by the State Department to flee the county, but without help from the United States.

Both families say they are hearing very little from the State Department Monday.