ST. PETERSBURG, Fla. - The designs and specs are in to expand a St. Petersburg museum into the first landmark museum for Black history and culture in the state of Florida.

Leaders at the Dr. Carter G. Woodson African American museum and the Pinellas Community Foundation have announced a $27-million plan to grow the museum nearly eight times its current size. The museum would leave its current 4,000-square-foot center and move into a 30,500-square-foot facility. 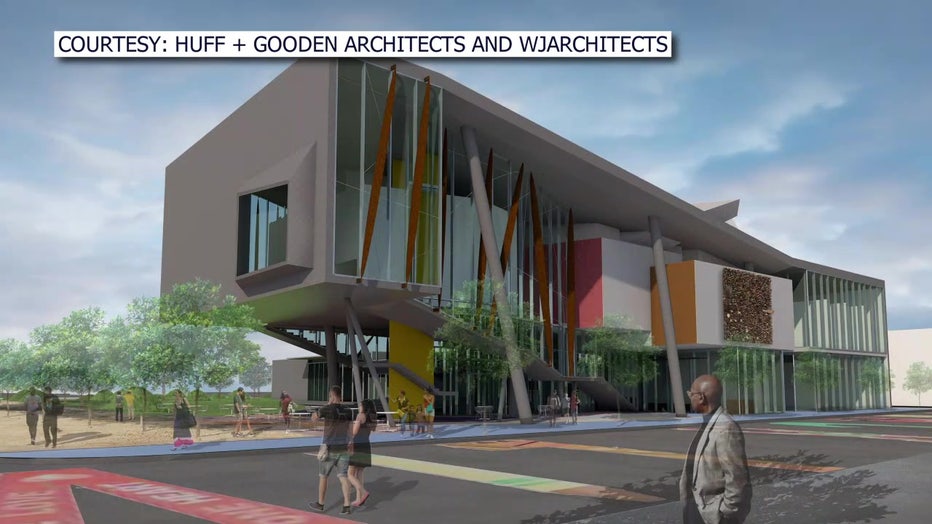 "I love to reference it as the Smithsonian of the South. We are looking to be that space in Florida’s history," said Terri Lipsey Scott, the executive director of the Woodson Museum.

The Woodson museum has been in a former community center for public housing for the last 15 years, and Lipsey Scott said they’ve grown behind those walls.

"We have done a wonderful job in creating programming and showing the art of so many talented artists however this building was not constructed in order to house artifacts and certain types of art," she said. "There’s not one properly constructed African American museum in the state of Florida, and we’re looking to fill that void."

Under the new project, the museum would become the Woodson African American Museum of Florida.

Design Renderings by Huff + Gooden Architects and W J Architects show the museum moving down a few blocks, along 22th Street South, but staying within the historically Black neighborhood known as The Deuces.

"I am hopeful that it continues to help us with the revitalization of a very important district of our community and continue to elevate our African American history and culture," said Duggan Cooley, the chief executive officer of the Pinellas Community Foundation.

PCF is partnering on the project to help fundraise the money for the 5.5-acre lot, and Cooley said the city is behind the project.

"I think there’s no doubt about the city of St. Petersburg's buy-in to the project already having provided land to the museum and a significant contribution to get started in the campaign," said Cooley. "It signals the early trust that the city has and its commitment to wanting to see this happen in the community."

Lipsey Scott said the move is a chance to create a legacy in the Bay Area.

"In the chain of extraordinary museums here in the city of St. Petersburg, a properly constructed African American museum is that missing link. We are hopeful to make that chain complete," she said.

Museum leaders hope to raise the money in the next year and a half, so they can break ground and start working on the new cultural experience.