TAMPA, Fla. - Environmental officials around Tampa Bay are hopeful the worst of red tide is coming to an end.

Zero to low concentrations of the red tide algae Karenia brevis has been detected in Tampa Bay and beaches along the Pinellas County coastline, south of Indian Rocks, have low to medium concentrations of the organism, according to data from the Florida Fish and Wildlife Conservation Commission.

This is a large improvement compared to last week, where medium to high concentrations of red tide were detected in the bay and in the gulf.

Experts say they are cautiously optimistic because, even though conditions are improving, it is still summer and warmer waters could mean accelerated growth.

"As long as we continue to get rain and additional inputs of nutrients to the coastal environment, the chance of it blooming again is high as we move through the rest of the summer," said Ed Sherwood, the director of the Tampa Bay Estuary Program.

With more than 840 manatee deaths reported in the state this year, members of the Florida Fish and Wildlife Conservation Commission on Wednesday expressed a need for patience after receiving an outline of efforts to combat a significant decline in water quality, particularly along the state’s East Coast. The water-quality problems have caused a significant loss of seagrass, which is a primary source of food for manatees.

The light at the end of the tunnel is a change in the season.

"Cooler weather and less rain, that's the light at the end of the tunnel at this point," said Sherwood.

Until then, boaters and anglers are keeping their fingers crossed that conditions continue to improve. 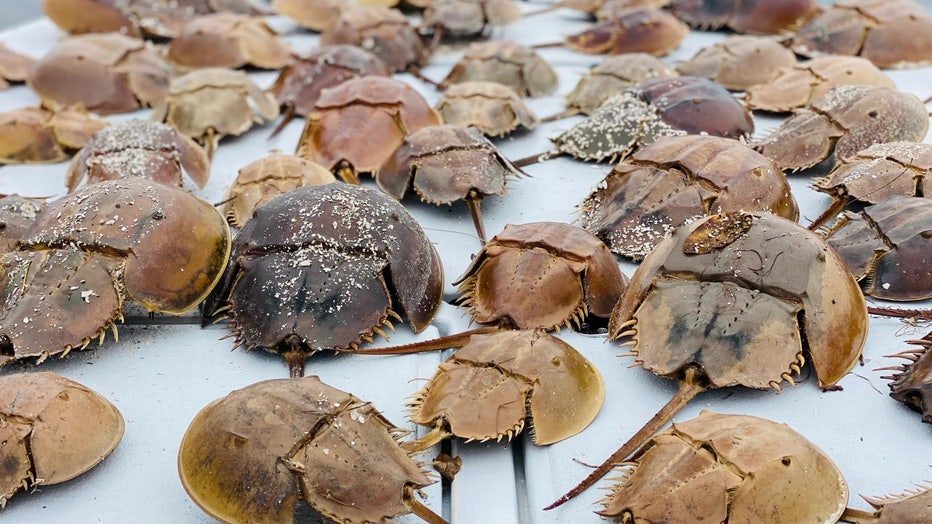 Avid boater Jason Bever from Valrico took his boat out earlier this week. He went to a small island between Davis Islands and Beer Can Island. Bever says there were dead horseshoe crabs everywhere.

"I pulled up on the sand and I was just kind of goofing around, and I just started to notice, all these crabs were there," Bever said. "I really don't want to pick all of these smelly things up, but I was like, someone's gotta see this, so I just started putting them on the boat, it only took about five minutes to find that many dead crabs to cover the whole top of my boat."

It's the eye-opening reality of how toxic algae blooms are impacting our region’s most precious resource. 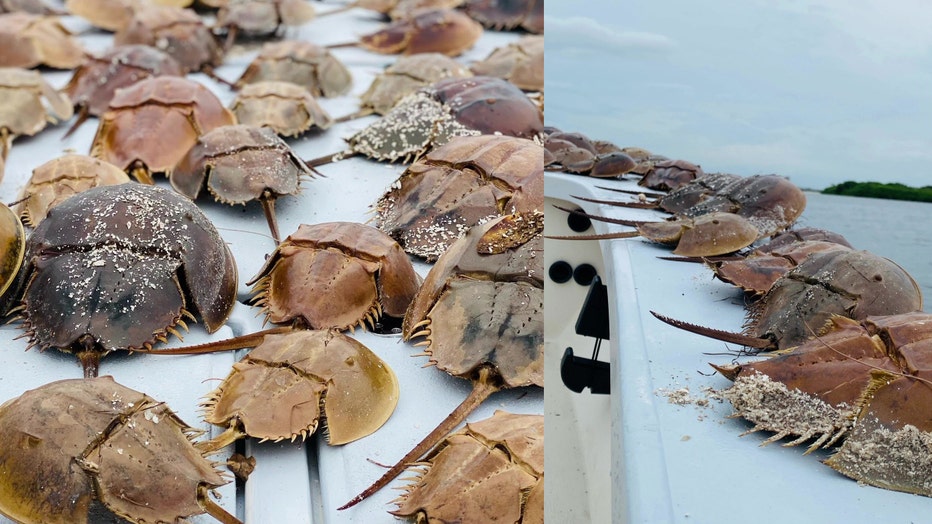