RIVERVIEW, Fla. - It was June 28 when we first met commercial fisherman David Gill. He showed us the beginnings of the massive fish kill in Tampa Bay that made headlines for weeks.

Now, more than a month later, we don’t see dead fish near the mouth of the Alafia River, as we did then. But there’s a lot of frustration among fishermen who say the bay remains damaged.

"I think that Tampa Bay has taken a bad hit this time," Gill worried.

Several other fishermen also gathered to talk with us at Hillsborough County’s Williams Park Boat Ramp. They blame government regulators and big business for polluting the bay, leading to a small catch.

"The whole thing is a vicious cycle and nobody is protecting our sea life," complained Danny Richards, whose family owned the popular Sea Breeze Restaurant in Tampa for decades.

Hundreds of tons of dead fish – victims of the red tide algae bloom – have been pulled from Florida's coast, but now some beachgoers are finding another unwelcome impact of red tide.

State officials say the toxic water from Piney Point didn’t cause the recent red tide bloom, but it may have made the bloom worse. That doesn’t ring true with this group.

They say red tide in the bay is very rare. And they believe Piney Point, along with releases of sewage and other spills in recent years, have pushed the bay to a tipping point that threatens the existence of the bay’s commercial fishing industry that’s been dwindling for years. 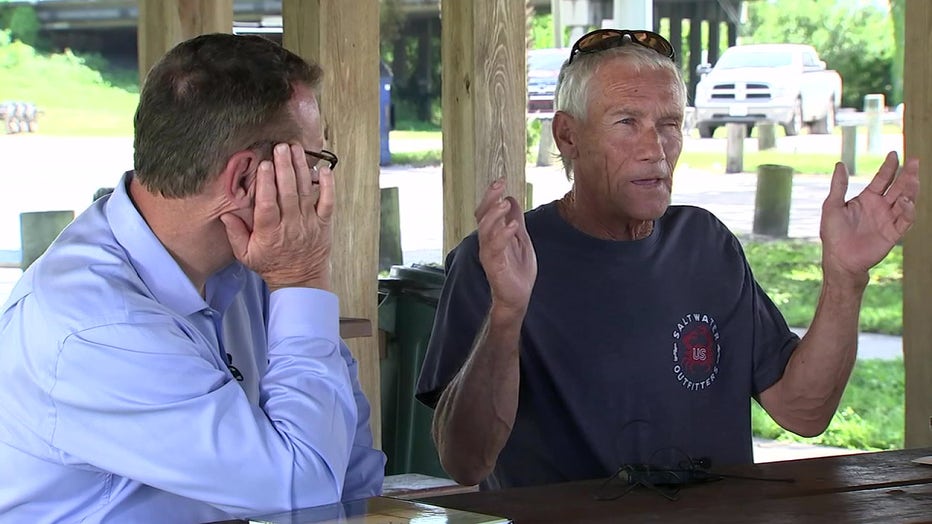 "The whole thing is a vicious cycle and nobody is protecting our sea life."

Last year, when restaurants closed because of COVID-19, demand for seafood plunged. Then came red tide and the fish kill.

"It’s been awful," agreed commercial fisherman and crabber Ricky Powers Sr. "A year and a half we haven’t made any money. We’re living off savings but it’s almost gone. Something’s got to be done that, number one, helps the bay."

RELATED: How Tampa Bay could become a 'dead zone' for marine plants and animals

If not, say these fishermen, there won’t be a future for the youngest among them here, 27-year-old Ricky Powers Jr.

"Do you think you’re going to be fishing in Tampa Bay when you’re 37?" asked FOX 13’s Lloyd Sowers.

"If they keep on doing this stuff, no," the younger Powers answered. 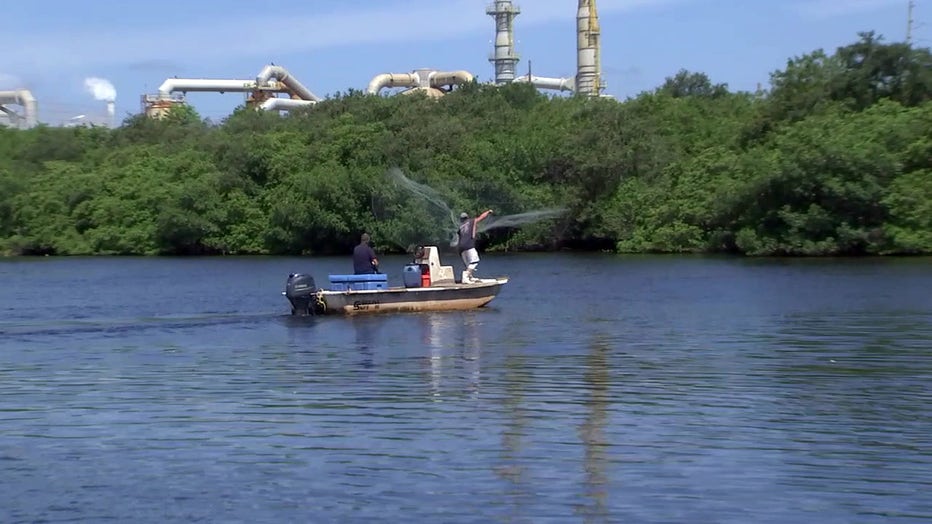 All of them believe the millions of fish that were killed in the bay in late June and early July might have been a prelude of what the future holds for their industry and the bay’s environment.