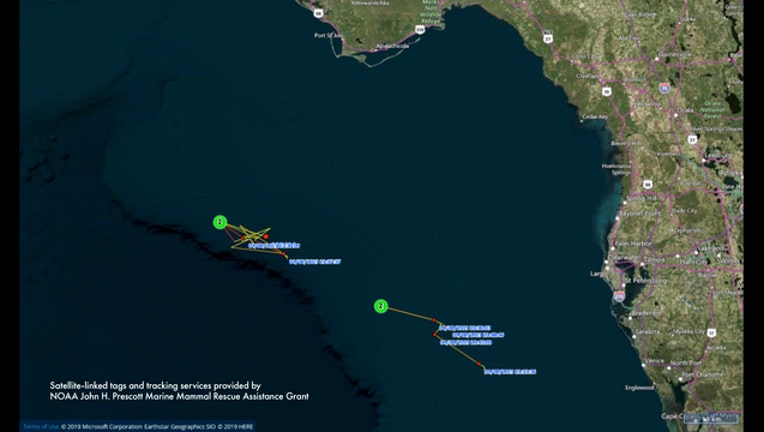 TAMPA, Fla. (FOX 13) - The five pilot whales that were rescued from Redington Beach last week and later released are adapting back into their habitat, according to Clearwater Marine Aquarium.

The latest satellite tracking data shows that the three whales that were released on the day of the rescue are still together.

They are traveling near the edge of the continental shelf, where they will look to find deeper water.

The two whales that were released last Thursday are also still together, and are quickly heading in the direction of the other three whales. Experts say it seems that they caught a ride on the prevailing surface current. They are traveling approximately 40 miles off Venice.

"We are very happy with the continuing progress of all five amazing whales," offered David Yates, the CEO of Clearwater Marine Aquarium.