It's called the rent squeeze - not enough affordable housing for families in a given area. Now, some are being forced to live in hotels or on the street.

WINTER HAVEN, Fla. - Fancy Osborne's budget is tight these days. When her fiancé was in a motorcycle crash last spring, he couldn’t work for about six weeks and their landlord evicted her, her fiancé, and their 2-year-old daughter.

They now live in a motel in Winter Haven. They pay about $225 per week for a bedroom with a refrigerator and a small bathroom. Their daughter’s bed is right next to theirs.

Osborne is looking for an apartment, but she says it’s a struggle to come up with the first and last months' rent plus other up-front fees.

The cost of rent has gone up dramatically, too. In the Inwood area of Winter Haven, social workers say the price of some apartments has jumped 50% in the last 10 years.

Salaries have not kept pace.

“A lot of them just don’t know, have the experience or know-how, to get out of the hole once they’re in it,” said Sean Fielder of Faith Extreme, an agency that helps low-income people with housing, food, clothes, children’s counseling, and afterschool programs. 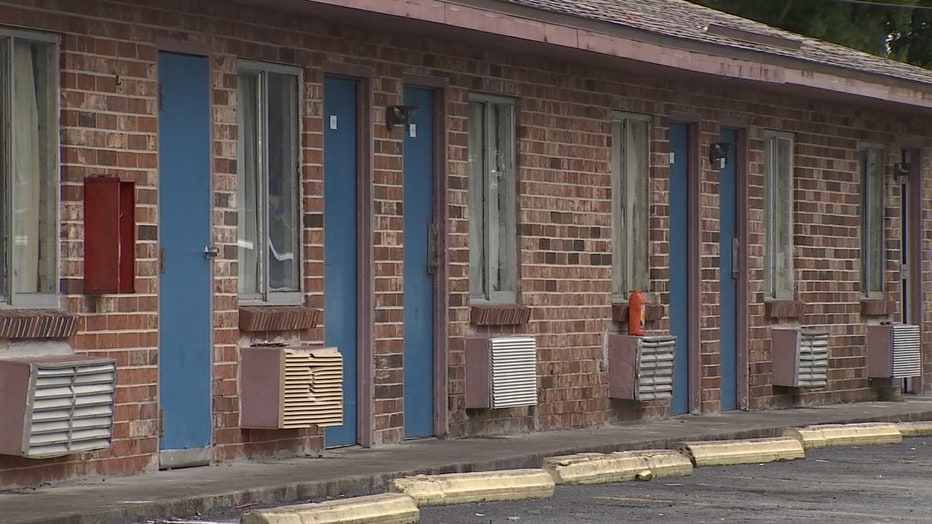 Social workers say the families of dozens of kids live in a Winter Haven motel due to homelessness.

Along with higher rents, in many areas, there are fewer affordable places to rent because cities are making a concerted effort to gentrify downtown neighborhoods.

“They are basically buying 100% of the affordable housing, and only building back 20 to 30% of what they tore down,” Chris Elrod said.

Public housing is not necessarily a cure-all. Frequently, the wait to get into a unit can be several years.

Meanwhile, Osborne’s daughter is not the only homeless child living in that motel.  Social workers said there are about 40 others in just that one place.