The family of Secoriea Turner, who was shot and killed near the place Rayshard Brooks was killed, is suing the city of Atlanta for$16 million.

ATLANTA - The parents of Secoriea Turner, the 8-year-old girl who was shot and killed in Atlanta on July 4 by armed protesters at the Wendy's where Rayshard Brooks was killed 3 weeks prior, are planning to sue the city of Atlanta.

Attorneys representing the family made the announcement during a press conference Monday morning in Atlanta.

The attorneys have issued an ante litem, or notice of intent to sue, to multiple city leaders.

In the filing, the attorneys allege numerous failings on the part of the city of Atlanta including that the city was negligent in its duties by failing to remove armed protesters who had taken over the Wendy's where Rayshard Brooks was shot and killed. 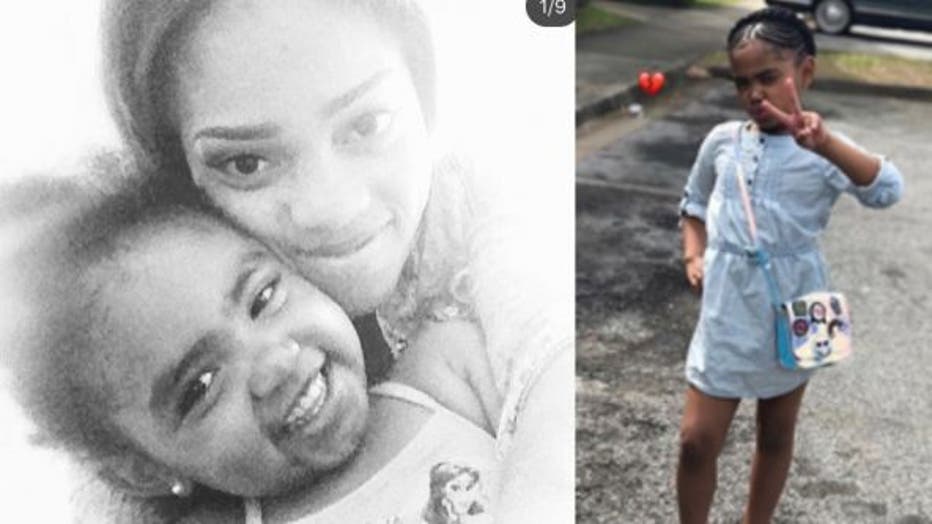 "The councilwoman met with members out there, talked to them, came back to the Mayor and specifically said she needed more time to try and negotiate with them," Attorney Mawuli Davis explained during Monday's press conference.

City Councilwoman Sheperd told us she was not aware of the intent to file and had no comment.

The attorneys indicated in the filing that they would be seeking $12 million in damages from the city for the death of Secoriea Turner.

They are also seeking an additional $4 million for property damage and injuries sustained by Turner's mother and her mother's boyfriend.

According to the ante litem, "Mayor Bottoms and other city leaders were aware that there had been multiple shootings and assaults in the University Avenue area and that armed persons staffing the makeshift barricade were responsible for most of those acts of violence."

It goes on to say "Mayor Bottoms and the City officials turned a blind eye and allowed lawlessness, vigilantism, and violence to erode and disrupt the area surrounding the Wendy’s at 125 University Ave. Instead, City officials failed to protect their community, and it was their blatant disregard for the safety and well-being of the City’s inhabitants that led to the shooting death of Secoriea, which was foreseeable and avoidable."

Secoriea Turner was shot and killed by armed protesters on July 4 after her mother and her mother's friend were driving toward a barricade erected in the middle of the street near the Wendy's where Brooks was killed.

"I know her mother is at her grave-site almost every day," Davis said. "It's been very, very difficult for them."

The suspect in the shooting, 19-year-old Julian Conley, is facing a felony murder charge.

FOX 5 was told city leaders have 30 days to resolve Turner’s case before they move forward with the lawsuit.