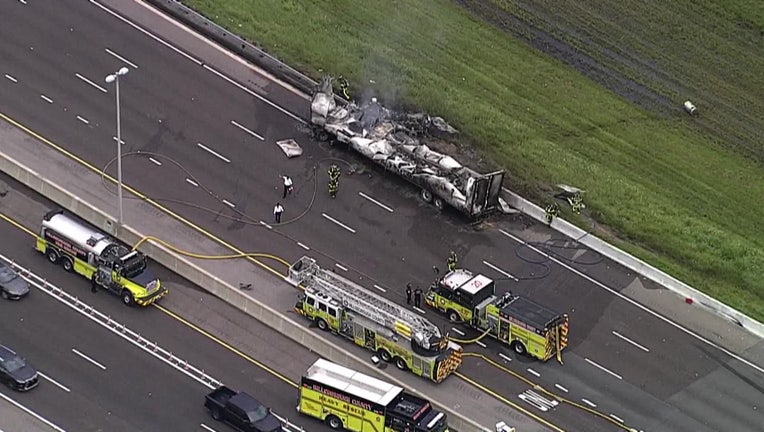 TAMPA, Fla. - One person was killed Friday afternoon after crashing into a tractor-trailer on the Veterans Expressway, according to the Florida Highway Patrol.

It happened around 1:20 p.m. just north of Hillsborough Avenue.

Troopers say a driver, who has yet to be identified, was traveling northbound on the Veterans Expressway in the outside lane, when they lost control of their pickup truck, entered the outside shoulder and collided with a concrete wall.

After impact, the pickup truck was redirected back into the travel lanes where it struck the right-side axles of a tractor-trailer causing it to jackknife. Both vehicles then traveled to the outside shoulder and crashed into the barrier wall and burst into flames, according to FHP.

The crash closed the northbound lanes of the Veterans Expressway for several hours on Friday, but they have since reopened.