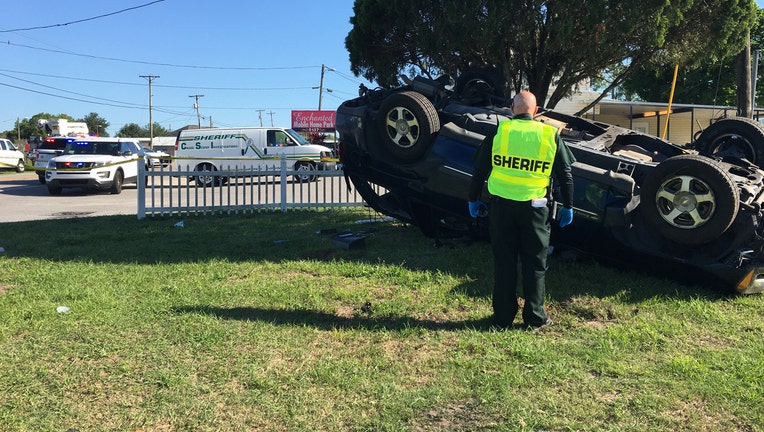 LAKE WALES, Fla. - A deadly crash in Lake Wales claimed the life of one person, deputies said. Three children and one woman were taken to a hospital for their injuries.

The crash occurred Sunday around 3:36 p.m. in the 5000 block of Scenic Highway North. Polk County deputies said the driver of a blue 2002 Chevrolet Trailblazer was heading south on Scenic Highway, when he veered off to the right shoulder and struck a utility pole, causing the vehicle to flip over.

The driver was identified as 38-year-old Robert Caperilla. Deputies said he was not wearing a seatbelt when the crash occurred and was ejected from the vehicle. He passed away.

The front passenger, a 34-year-old woman, was taken to Orlando Regional Medical Center. As of Monday morning, she was listed in fair condition. Deputies said it's unclear if she was wearing a seatbelt.

Three children, ages 8, 5, and 1, were flown to Arnold Palmer Children's Hospital in Orlando with non-life threatening injuries. Deputies said it appeared they were all properly restrained.

Deputies said Caperilla was driving with a revoked license. It was revoked on May 14, 2007.

Detectives are still trying to determine why the vehicle left the roadway, and if impairment, speeding or distracted driver were factors in the crash.