Florida Highway Patrol troopers say a wrong-way driver killed a 14-year-old boy and his father who worked at Universal Orlando.

OSCEOLA COUNTY, Fla. - Troopers with the Florida Highway Patrol say a wrong-way driver killed a 14-year-old boy and his father who worked at Universal Orlando.

Michael Skipper, also known as Skip, and his 14-year-old son, Mikey, were on their way home after celebrating the Fourth of July with their family. The family caravanned home in separate cars.

Family friend Angie Redman says, "Skip and little Mikey were in the last vehicle and they were all following each other back home."

They waited 10 minutes and when Skip and Mikey did not answer any phone calls, they back-tracked and discovered the wreck.

Wendy Durinick says, "They [the wrong-way driver] crossed over the lane and hit head-on into my son-in-law and my grandson." 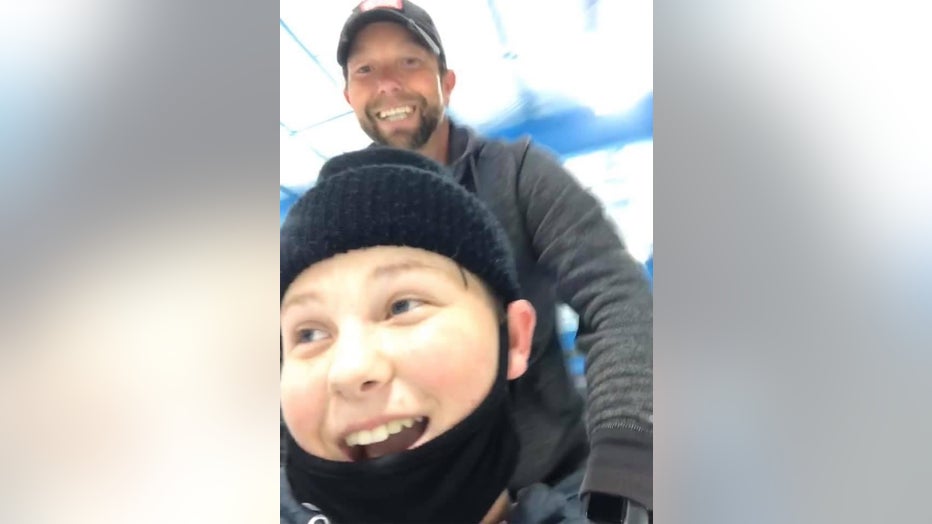 Authorities say it happened on Canoe Creek Road, near Sullivan Drive on Sunday night. Both drivers died on the scene and Mikey died at the hospital.

"He was a fantastic dad and husband. He worked at Universal for 15 years."

Family friend Samantha Marcos says, "He was so full of life. Every adventure he was up for."

Skip loved the movie "Jaws" and was a skipper on the former ride. He recently managed the E.T. ride at Universal. Coworkers say the E.T. ride was closed for the day in memory of Skip.

A GoFundMe was set up to help with funeral and family expenses.