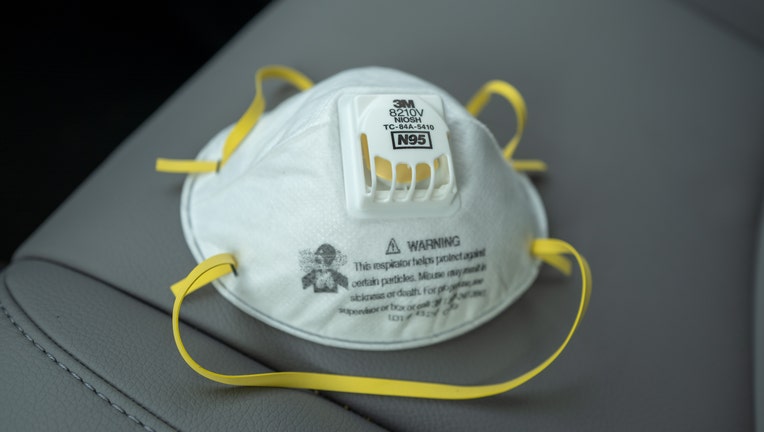 LOS ANGELES, Calif. - The FBI uncovered an international coronavirus-fueled fraud scheme after more than 39 million masks promised to a powerful California union representing health-care workers were never delivered to hospitals and other medical groups in the state, according to a report published Saturday.

Service Employees International Union-United Healthcare Workers West announced on March 26 it had identified a distributor overseas who was willing to sell 39 million critically needed N95 masks, a press release said. The union said it secured the deal after 48 hours calling leads and potential suppliers to help find personal protective equipment for health-care workers on the front lines of the crisis.

An unidentified businessman in Pittsburgh reportedly was helping the union contact a broker in Australia and a distributor in Kuwait on WhatsApp to secure the deal, U.S. Attorney Scott Brady of the Western District of Pennsylvania told the Los Angeles Times.

“We believe we disrupted fraud,” Brady said. “We are seeing fraud in every variation, but mostly in respect to N95 masks. We have an anxious public, and resources are strained.”

Meanwhile, SEIU 121RN, Southern California’s Union of Registered Nurses, launched an online petition accusing hospitals who did not agree to take part in the deal of “putting bottom line profits over your safety."

The FBI initially began to track the deal to determine if the 39 million masks should be intercepted for the Federal Emergency Management Agency under the Defense Production Act. That’s when the investigators found fraud had been committed.

Kaiser Permanente said the seller had “repeatedly failed to provide reliable information about where we could verify and inspect the shipment.” Brady added that the broker in Australia told the middleman in Pittsburgh there was a warehouse in Georgia filled with 2 million of the masks.

The FBI found no such warehouse with the alleged stockpile. Meanwhile, the seller demanded a 40 percent payment upfront and planned to send Kaiser Permanente details on how to send the funds.

FBI, US GOVERNMENT WARN ON SPIKE IN CORONAVIRUS SCAMS

“We learned shortly afterward that the supplier never had possession of the masks,” a Kaiser spokesman Marc Brown said in an emailed statement to the Times. “We are cooperating with federal law enforcement in their investigation of suspected fraud in this case.”

Neither the union nor the Pittsburgh businessman are under investigation and appear to have been fooled by the international scammers, Brady said. No money was exchanged as part of the deal.

SEIU initially said the stockpile of masks available for purchase was made by American manufacturer 3M. But, 3M told federal investigators the company manufactured only 20 million masks last year, signaling that the stockpile overseas was likely counterfeit if it existed at all.

“As far as we knew, he had legitimate masks,” Steve Trossman, spokesman for SEIU-UHW, said of the supplier. “The people who were going to purchase those masks were going to fully vet it and check it out and do their due diligence.”

Union officials were “trying to save the lives of health-care workers and patients” and “were proud of having made that attempt,” Trossman told the Times.