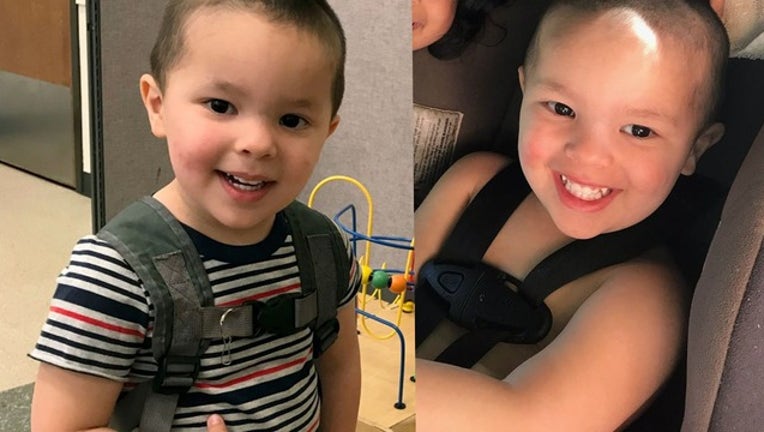 MEDFORD, Ore. (AP) - The Medford Police Department and the FBI are searching for a 2-year-old boy whose parents were involved in an apparent murder-suicide in Montana.

Officers are trying to find Aiden Salcido, the son of Daniel Salcido and Hannah Janiak, the FBI said in a news release Friday night.

The boy's parents were found dead Wednesday in Kalispell, Montana, after police stopped them following a chase because they had felony burglary warrants for their arrest.

Felony warrants were subsequently issued for the couple's arrest.

Relatives were concerned for the couple and their son because they had made no contact with any friends or family, the FBI said. The relatives described Janiak to law enforcement as a good mother who had mental health issues.

Relatives also told law enforcement that the family was homeless and would camp along the greenway in Medford.

Investigators found by searching Janiak's financial records that the last activity was on June 3 and June 4, when two purchases were made at a Walmart in Medford, the FBI said.

The purchases were caught on surveillance video, which showed the parents and Aiden together. The couple purchased camping equipment, the FBI said.