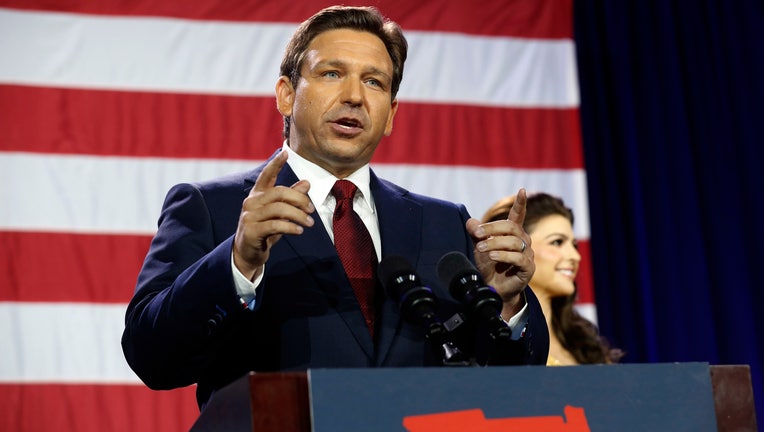 "Although this court would not hesitate to compel compliance with its preliminary injunction, this court finds there has been no violation of the injunction at this time," U.S. District Judge Mark E. Walker wrote on Thursday, according to the Orlando Sentinel.

Plaintiffs had challenged the law, known as the "Stop Wrongs To Our Kids and Employees Act" or "Stop WOKE Act," arguing that the DeSantis administration had failed to comply with a preliminary injunction that prevents the enforcement of some parts of the law.

The plaintiffs took issue with a memo sent out by Florida’s chief of the Office of Policy and Budget, Chris Spencer, calling on colleges to "provide a comprehensive list of all staff, programs and campus activities related to diversity, equity and inclusion and critical race theory."

DeSants introduced the bill in December 2021 and signed it into law last April. The law prevents schools and corporations from "subjecting any student or employee to training or instruction that espouses, promotes, advances, inculcates, or compels such individual to believe specified concepts constitutes discrimination based on race, color, sex, or national origin."

Professors and some students at public colleges in the state have challenged the law in two lawsuits, arguing it infringes on First Amendment rights and has caused confusion among faculty at public colleges and universities, the Orlando Sentinel reported.

Walker had called the law "positively dystopian" in November and issued a temporary injunction.

"Our professors are critical to a healthy democracy, and the State of Florida’s decision to choose which viewpoints are worthy of illumination and which must remain in the shadows has implications for us all," Walker wrote back in November. "If our ‘priests of democracy’ are not allowed to shed light on challenging ideas, then democracy will die in darkness.

American Civil Liberties Union attorney Leah Watson argued in a statement to Law360 that the Dec. 28 memo sent to public colleges and universities is a "thinly veiled attempt" to bypass the preliminary injunction.

Florida Gov. Ron DeSantis signed the "Parental Rights in Education Act" into law during a visit to Classical Preparatory School in Spring Hill. The bill bars instruction about sexual orientation and gender identity for public school students from Kindergarten to third grade.

"We remain concerned that this directive from the Executive Office of the Governor is a thinly veiled attempt to circumvent the restrictions of the preliminary injunction by eliminating funding for valuable instruction on systemic racism and sexism," Watson said.

"We will continue to monitor for enforcement of the unconstitutional provisions of the Stop W.O.K.E. Act and will seek to enforce the court's preliminary injunction."

The state filed a response on Thursday, arguing that the memo delivered to state colleges and universities on Dec. 28 was part of the governor’s annual budgeting process, according to the Orlando Sentinel.

"Plaintiffs cite no authority whatsoever to support the notion that providing the information at issue 'enforces' the act or regulation in violation of the preliminary injunction," the defendants said, according to Law360.

"The Florida Constitution expressly authorizes the governor to request information of this kind, and much of the information at issue has already been made freely available by the universities — either on their websites or in their annual budget proposals."

DeSantis’ office did not immediately respond to Fox News Digital’s request for comment.