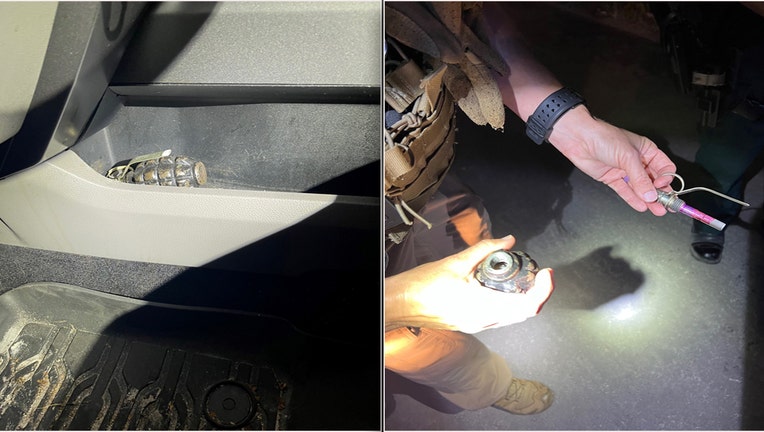 WESLEY CHAPEL, Fla. - The state fire marshal was called to investigate a bomb threat Friday night in Wesley Chapel after state troopers found a possible hand grenade in a vehicle belonging to an accused drunk driver.

Troopers say George Stefanic, 53, of Lutz, swerved out of his lane and sideswiped another vehicle around 8 p.m. on Friday as he drove through a construction zone on State Road 56 at the I-75 overpass.

Stefanic showed signs of impairment after the crash, according to troopers, who say he swayed while he stood, stumbled while standing, and had slurred speech along with glassy, watery eyes.

According to an arrest report, Stefanic consented to a breathalyzer and his breath alcohol level was 0.171, which is more than double the legal limit in Florida.

While taking inventory of Stefanic's vehicle so it could be towed, troopers say they discovered an open 24-ounce can of Icehouse beer in the center console and an item that looked like a hand-grenade on the side of the center console.

Stefanic was arrested on charges of misdemeanor DUI. Additional charges may be pending.