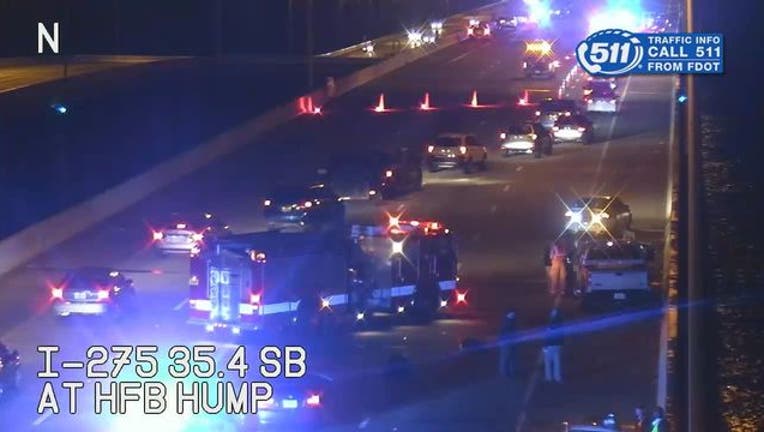 The crash happened around 3 a.m. in the southbound lanes of the bridge on the Pinellas County side.

According to FHP, Gregory Allen Kubitz was riding his motorcycle at a high rate of speed when he crashed into the back of a trailer attached to a vehicle.

The Kubitz was taken to Bayfront Hospital, where he died. The driver of the vehicle suffered only minor injuries.

Troopers said after the initial crash, another motorcyclist struck debris in the road. That person received minor injuries.

The southbound lanes of the bridge were blocked after the crash, but they have since reopened.