REDINGTON BEACH, Fla. - Tropical Storm Eta packed a punch in Pinellas County. More than a foot of water flooded homes and street flooding forced several people to spend the night in their cars because they couldn't safely get down the road where they lived.

"I looked out the window and the water was just right up to the door and I got the wet vac and I tried to keep it, I could see it was coming in through the other side of the door, I kept pouring the wet vac water into the tub until it was full, then it was just done," said Claire Schmidt, who's home in Redington Beach flooded. "It started pouring in through every door and it just kept rising and rising and I kept putting pots underneath the furniture, and then more pots on top of that until I ran out of pots.”

Schmidt called the fire department around 9:30 p.m. because the street outside of her home was under about four feet of water and she needed to get out of her home, which was flooding. Firefighters helped Schmidt and her two dogs had to escape through a window.

"The dogs were here, I handed them through the window and they took me to my friend’s house," Schmidt said. 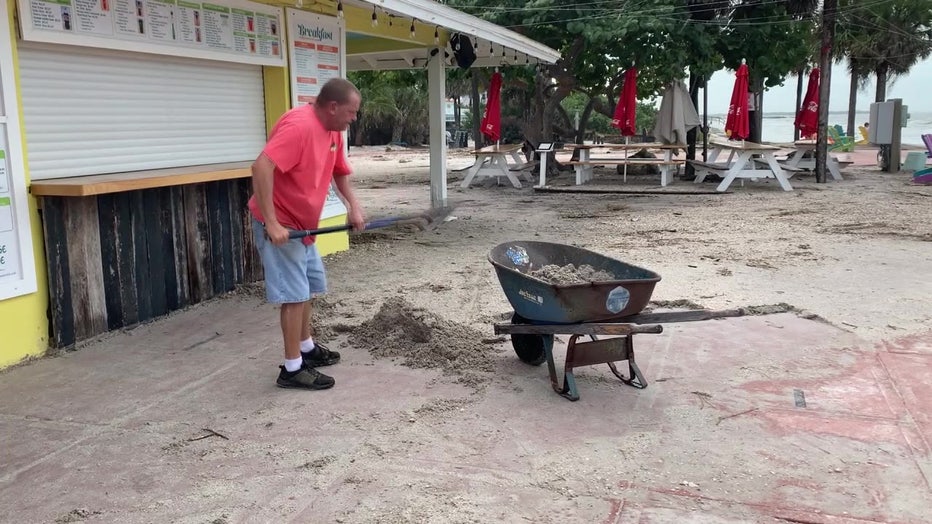 The storm surge also left a mess in Pass-a-Grille, flooding businesses and leaving the street underwater.

In Gulfport, sailboats were anchored and washed ashore because the wind was so strong. Some sailboats washed up to the sea wall. 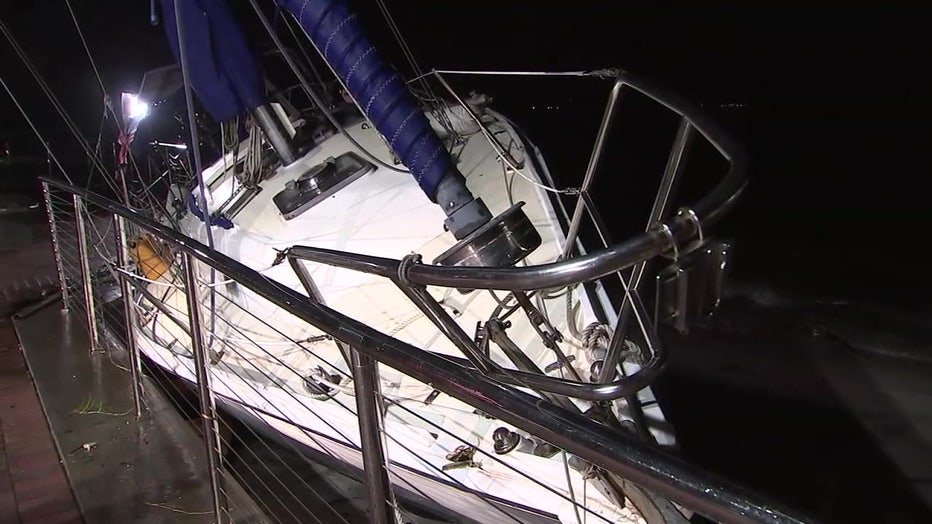 Boat and homeowners are anxiously waiting to hear back from their insurance companies to see what will be covered.

Despite the debris and damage Eta left behind, people are trying to stay positive.

"We'll get through this. It's fine," Schmidt said.