AUBURNDALE, Fla. - A fire just tore through one of Polk County’s most beloved Bar-B-Que joints.

The blaze broke at Peebles Bar-B-Que on Old Dixie Highway around 8 a.m. Friday.

"It is sad," co-owner Marsha Peebles Strickland told FOX 13. "A lot of people are going to be out of work for a while."

About a dozen of them were mopping up after the fire charred much of the ceiling and broke through the roof. 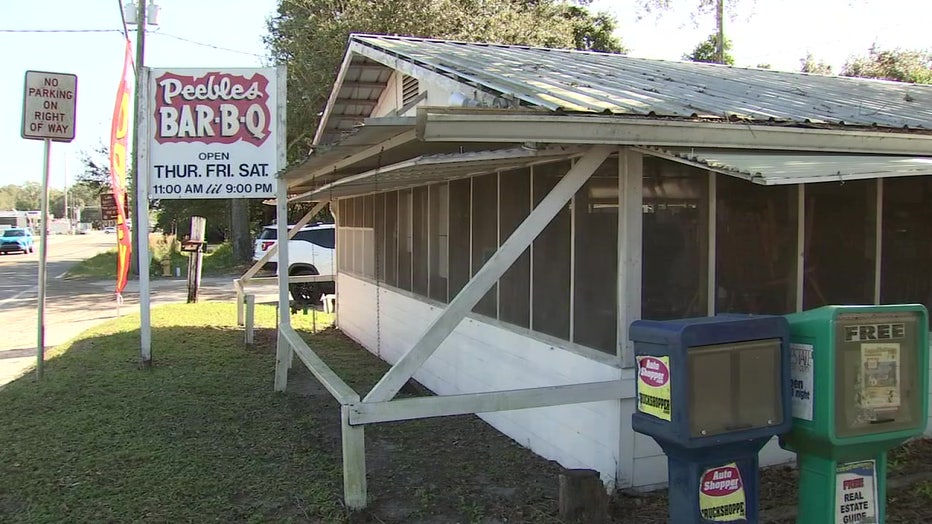 A fire broke out at Peebles BBQ Friday morning.

The trouble started when a grease fire broke out as employees were getting ready to open.

They quickly extinguished it. Moments later, they noticed the fire in the ceiling, possibly from a spark from the first one. 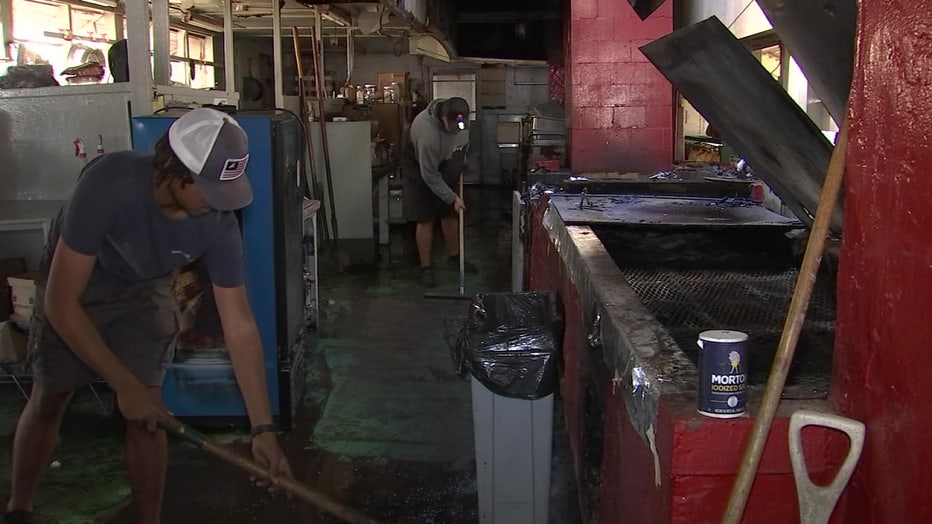 Employees spent Friday morning cleaning up after a fire.

Since they couldn’t get to the ceiling fire, it spread and eventually ate through the roof.

Kyle Walliser, the kitchen manager, climbed onto the roof to try and get it under control.

READ: Couple gets married on float during Lakeland's Christmas parade

"The metal on the roof was so hot, it burned my fingertips. I fell at one point, and it burned my legs," he said. 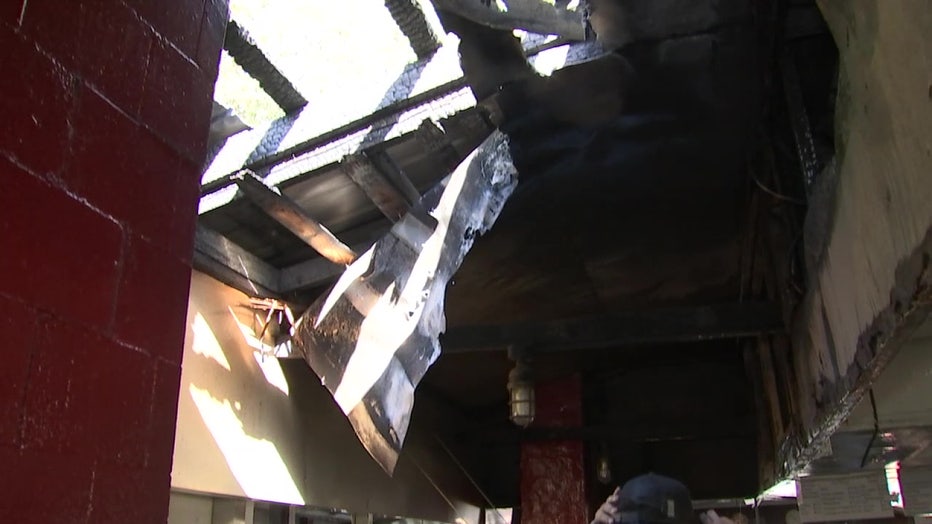 The fire tore through the roof of Peebles BBQ.

Firefighters were called and put it out.

The family-owned business has been around for 75 years. 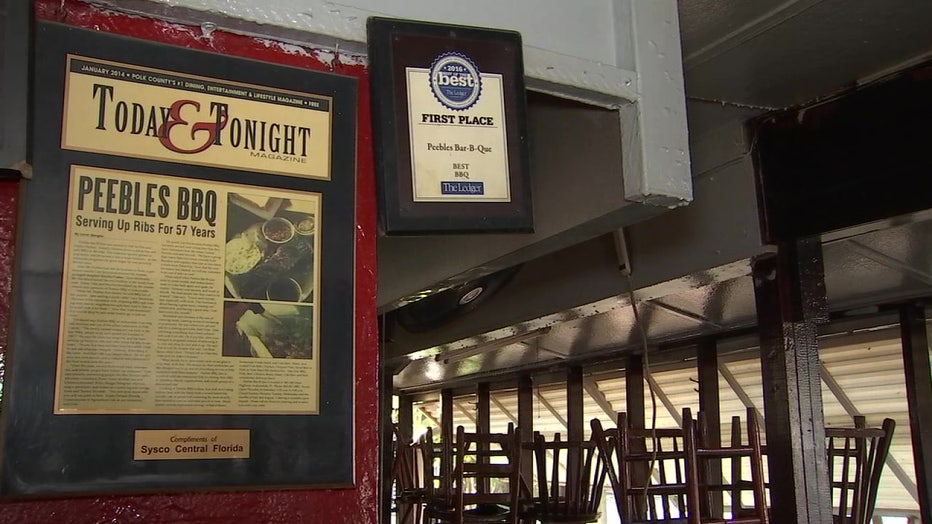 Peebles BBQ has been an Auburndale staple for 75 years.

Family members say they have tried to get insurance on it, but couldn't because of its age.

They say if all goes well, they hope to reopen in a few weeks.