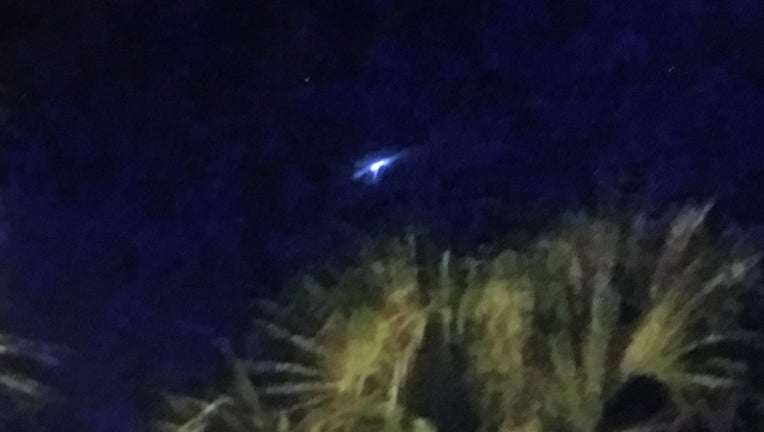 MIAMI (AP) - Conspiracy theorists took to social media in a flurry of excitement Wednesday after a mysterious flying object resembling an orange fireball streaked across the Florida sky.

The American Meteor Society reported two dozen sightings from Jacksonville to Key West after midnight and tweeted there's "no real explanation yet."

Even the Palm Beach County Sheriff's Office joined in on the fun after receiving reports about the mysterious lights, posting on social media that "we were not invaded last night by Martians, but we appreciate the level of confidence you have of us to stop intergalactic invaders."

Astrophysicist Jonathan McDowell at the Center for Astrophysics has a more logical explanation for the unusual flashes of light, with a not-so blockbuster finale: He said they were just pieces of a Chinese rocket as it re-entered the Earth's atmosphere.

The rocket, launched in January, weighs over two tons and is roughly 30-feet long. He said it helped put a Chinese military communication satellite in orbit, and like most space junk, was being tracked as it circled the planet.

"The stuff is moving slowly. It's breaking up into multiple pieces. It's sort of a classic space debris break-up," he told The Associated Press.

The time and location from videos posted on social media made it easy to compare with the orbital data about what debris was slated for reentry around that time.

McDowell said reentries' like this are fairly common and happen about once a month, but they don't often "happen at night over the United States where lots of people see it, so that's what was unusual."