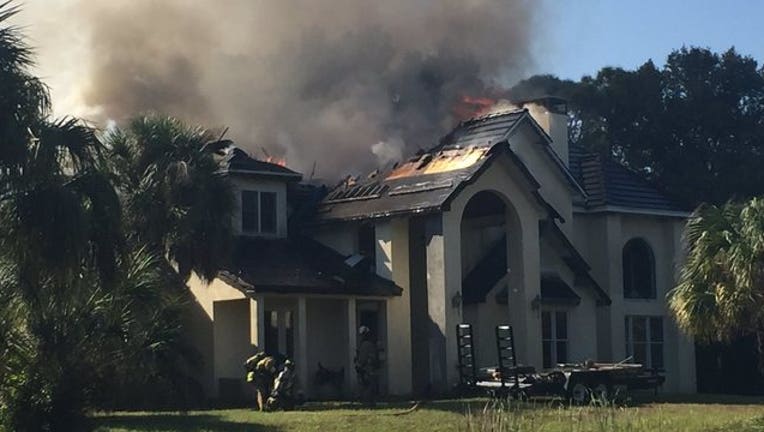 The fire broke out shortly before 11 a.m. on Arrowsmith Road, officials said.

Flames and smoke could be seen coming from the large two-story home when crews arrived at the scene.

Officials said firefighters are drafting water from a nearby pond to fight the fire.

There are no injuries reported. It's unclear what caused the fire.