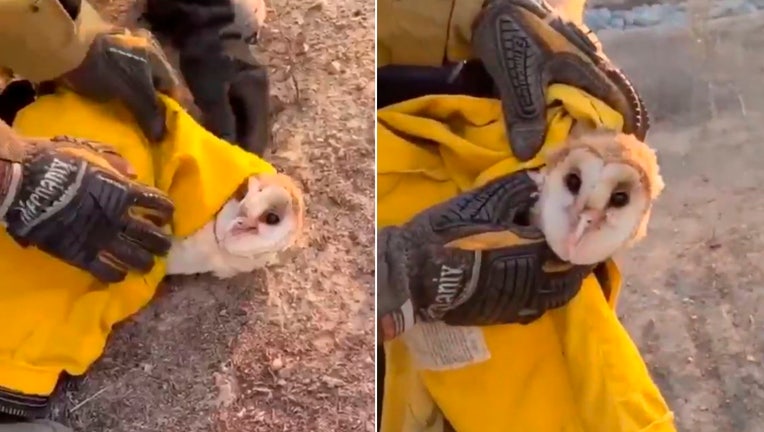 The video was tweeted by the Orange County Fire Authority late Tuesday.

“Earlier this evening one of our crews on a brush rig rescued a barn owl from the flames of the #SilveradoFire,” Orange County Fire Authority tweeted. “He’s safe and sound and currently with animal control.”

The video shows the owl being safely wrapped in a firefighter’s jacket before being transported to animal control.

"We're gonna get you some help, buddy," one of the firefighters could be heard telling the bird.

The owl was later brought to the Serrano Animal and Bird Hospital, where doctors determined that most of its injuries were burned feathers.

"We are not sure how bad his smoke inhalation damage is," the facility wrote on Facebook. "We will have to hold onto him for a number of months until he molts new feathers. Once he gets new feathers, he will be able to be released.

The Silverado Fire broke out in gusty weather just before 7 a.m. Monday near Irvine, a city of 280,000 about 35 miles south of Los Angeles.