MELBOURNE, Fla. - A large fire has sparked at Phantom Fireworks in West Melbourne, Florida, sending a column of smoke – and the occasional firework – into the air. Video showed several fire departments and ladder trucks pouring water onto the fireworks business.

Firefighters in Brevard County are working a fire at a fireworks store.

Fire Chief Patrick Voltaire said during a news conference that an SUV reportedly crashed into the business, which then caught fire. Firefighters were unable to rescue the driver of that vehicle though all the employees of the fireworks business were able to make it out safely.

Thirty firefighters from multiple agencies responded, according to Voltaire. "They were battling fireworks coming at them the whole time," he said. 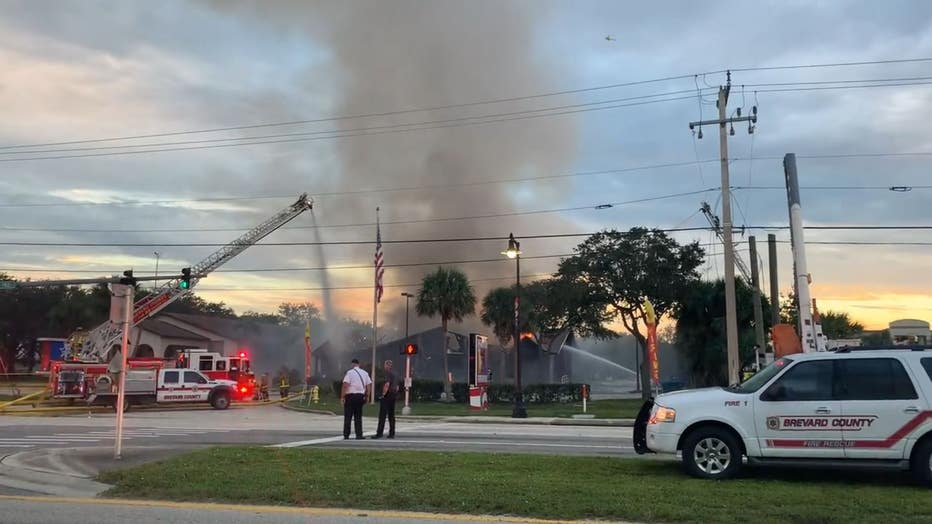 A witness told FOX 35 News he was at a gas station next to the fireworks shop when he heard what sounded like a crash at a nearby intersection.

"I heard the initial impact, so I looked over and saw a white Tacoma hit by a red SUV. The Tacoma veered off, and the SUV just kept going right into the building," said Brian Peterson. "The white Tacoma tried to brake, and you could hear wheels squealing and it just kind of veered off, out of the way."

Peterson said occupants of another vehicle behind the SUV attempted to enter the building to assist the driver of that SUV but quickly ran from the scene.

"The fireworks immediately started to go off," Peterson explained.

The Florida Highway Patrol will conduct an investigation into the cause of the crash while the Florida State Fire Marshal will determine how the fire started and spread.