Lightning lead the way for diversity in NHL

TAMPA, Fla. - The first faceoff Monday night between the Lightning and Panthers was also the first of its kind.

It was the first time a full line of forward players who are Black started an NHL game.

"Maybe it is a story today, but as the league gets more diverse, you hope it is not going to be a story anymore and it is just going to be the norm," said head coach Jon Cooper.

It was even Daniel Wolcott's first game.

"Coop did something really special," he said afterward. "He had the opportunity. It is awesome to promote this for the young kids out there, young minorities."

The Lightning has made a habit of history.

The team had the first goalie who is female and now has two assistant coaches who are Black.

Frantz Jean is the goaltending coach. Nigel Kirwan is a video coach. 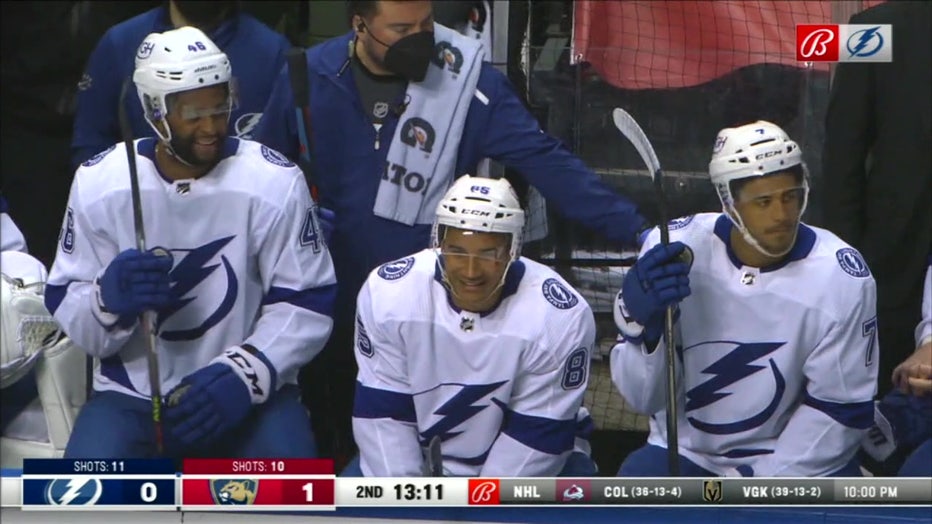 "Tampa is in the forefront among NHL teams of basically walking the walk in terms of diversity," said author Cecil Harris, who wrote, "Breaking the Ice: The Black Experience in Professional Hockey." "Not just saying we are for it, but showing concrete examples."

It's a big deal in a league where three to 5% of players are Black.

Only about a hundred have played in the history of the league.

Anson Carter played 10 years in the NHL and says the Lightning Panthers game was a particularly meaningful step because of which team took it.

"It was the defending Stanley Cup Champions that did this," said Carter. "We are seeing the hockey community, coaches like Coach Cooper, being really intentional in their actions. They understand representation matters."

That's why what the Lightning did on Monday night was such a big deal.