"I think a lot of guys posted statements, but for me personally, I wasn't sure there were words I could use," McElhinney said.

He turned to his teammate, Mathieu Joseph, for inspiration.

Joseph had posted on Twitter that, "As a kid, playing sports helped me develop strength to brush off racist comments as much as possible."

"For me," said McElhinney, "this is a concrete action of doing something that is meaningful.

So Joseph suggested figures who inspired him: familiar figures like Willie O'Ree, the NHL's first black player, Jackie Robinson, the first African American Major Leaguer and Muhammed Ali are all on the mask. 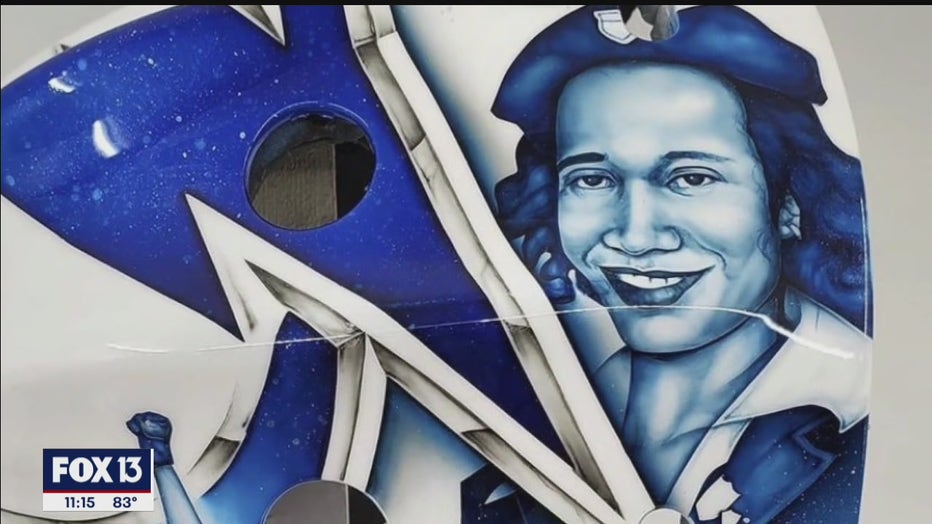 He also suggested Alice Coachman, who in 1958 became the first African American woman to win an Olympic gold medal and John Carlos and Tommie Smith, who gave the black power salute during the 1968 Olympics.

"They had great influence on either their sport or in the world," said Joseph.

"For me personally, it's something I will be honored to wear," said McElhinney. "It is a good representation of certain individuals who had difficult times and stood up for what they believed in and were an important voice in their careers."

He said he was encouraged by conversations that he had had while living inside hockey's bubble, among athletes in a sport that is predominantly white.

"The support has been tremendous," said Joseph. "I was really proud to be in that group, that bubble right now with all these guys." 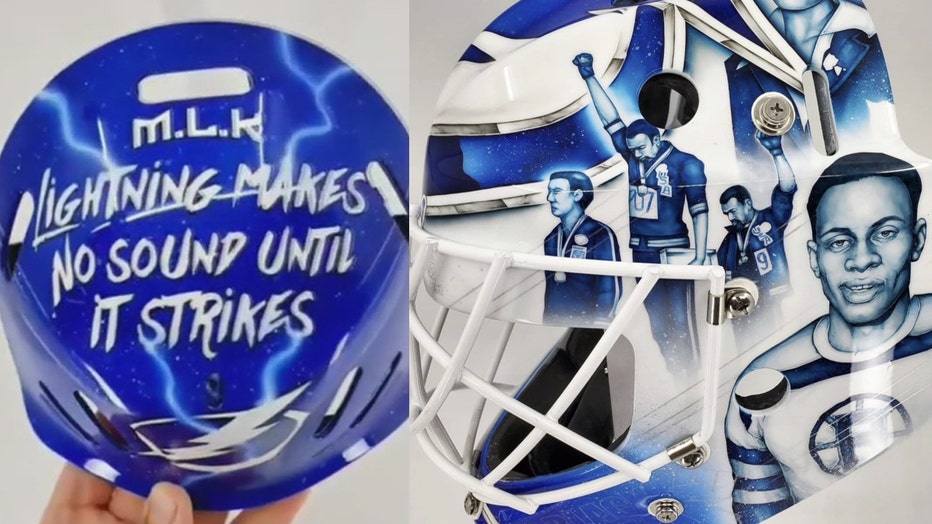