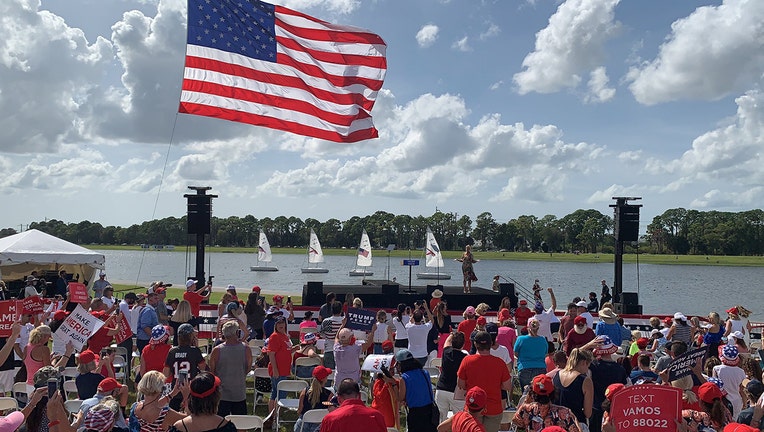 A week out from Election Day, the first daughter traveled to battleground state Florida to make the case for her father, President Donald Trump.

And with the polls as tight as ever, supporters here on the ground, believe it too.

“‘I think there’s an undercurrent of people who are not professing that they will vote for him. I’m hoping that’s the case,” said Wendy Degirolamo, a Trump supporter.

“I think Florida is going to go red all the way for president trump,” said Ed Brodsky, who voted for the president in 2016 and plans to do it again. “This is a state that supports our men and women in law enforcement, and they in turn support our state.”

Though the president is trailing former Vice President Joe Biden in the national polls, the Real Clear Politics average of statewide polls shows Trump leads Joe Biden by less than half a percentage point in Florida.

“I think Florida has benefitted a great deal from the presidency – economic empowerment he has pushed through especially in those first three years in office,” she said. “It’s also now his home state, and so I think that even makes it a better place for this president to campaign and win, and I’m sure he will.”

And Ivanka hopes the same voters who put him in the White House in 2016, will do it again.

“He loves the people of this country, and he will never stop fighting for you, for your families, for your jobs, and for your futures.”