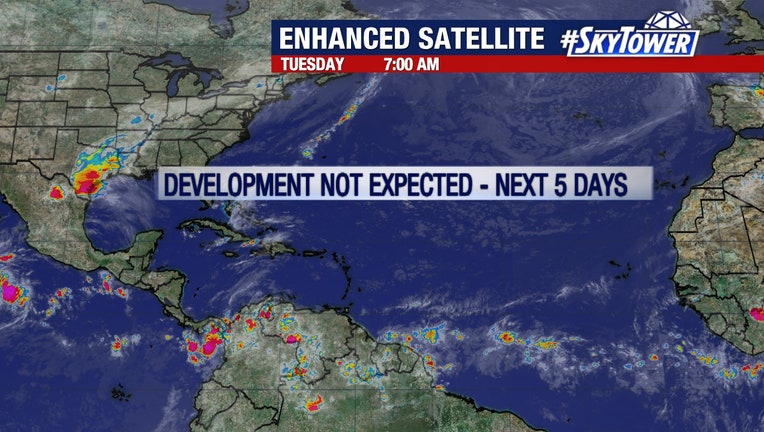 TAMPA, Fla. - June 1 is the official start to the Atlantic hurricane season, and it begins this year with no tropical activity expected in the next five days.

However, the first day of the season is still a reminder to be prepared by knowing where you may take shelter in the event of a hurricane, whether you’re in an evacuation zone, and what you should include in your emergency kit supplies.

You can find more information on how to prepare if you’re in the path of a hurricane here.

Despite the June 1 start date, Subtropical Storm Ana formed in May, but posed no threat to the U.S. and quickly weakened as it moved away from the east coast. This is the seventh year in a row that a tropical or subtropical system formed before that date.

Around the time of its formation, NOAA issued its annual hurricane season outlook yesterday, calling for an above-average number of storms in 2021, but not as many as last year’s record-breaking season. 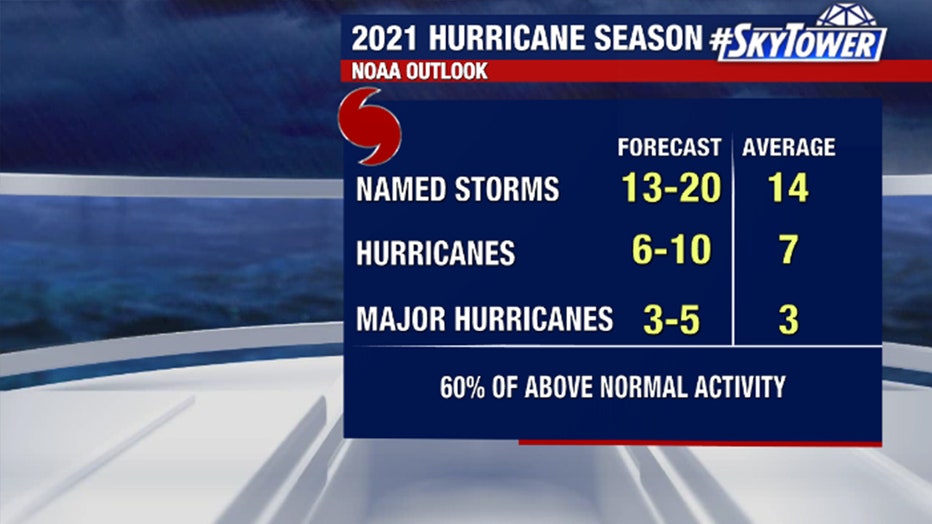 Contributing factors include warmer than normal sea-surface temperatures, weaker trade winds, and lower wind shear. A neutral phase of the El Nino Southern Oscillation is likely through the season, however, it’s possible there could be a transition back to a weak La Nina later in the year, which also aids in tropical development. Additionally, an enhanced African Monsoon season should lead to increased tropical development in the main development region of the Central Atlantic toward the peak of the season.

"At the end of the day," he added, "it’s so important to remember you should prepare for hurricane season in the exact same way every year regardless of what the seasonal outlook says. All it takes is one storm where you live to make it a bad year for you."