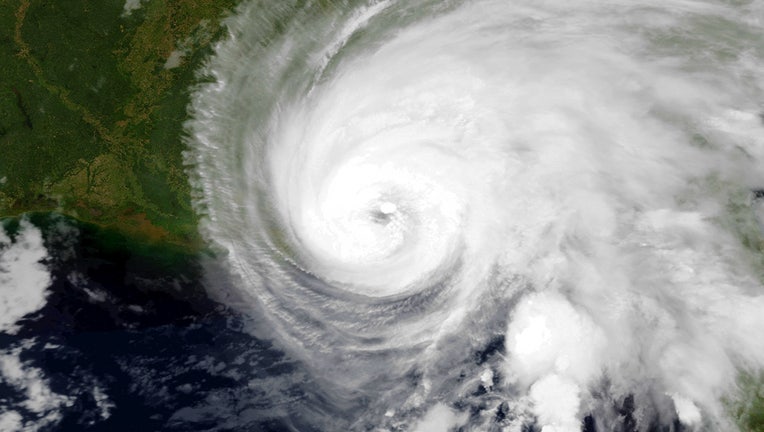 TAMPA, Fla. - The 2021 hurricane season will be another busy one, according to forecasters at the National Oceanic and Atmospheric Administration, but probably not quite as busy as last year’s record-shattering season.

They say that breaks down to a likely range of 13 to 20 named storms – meaning tropical storms with winds of 39 mph or higher – of which six to 10 could become hurricanes, including three to five major hurricanes.

"Contributing factors include warmer than normal sea-surface temperatures, weaker trade winds, and lower wind shear. A neutral phase of the El Nino Southern Oscillation is likely through the season, however it’s possible we transition back to a weak La Nina later in the year, which also aids in tropical development," offered FOX 13 meteorologist Tyler Eliasen. "Additionally, an enhanced African monsoon season should lead to increased tropical development in the main development region of the Central Atlantic toward the peak of the season." 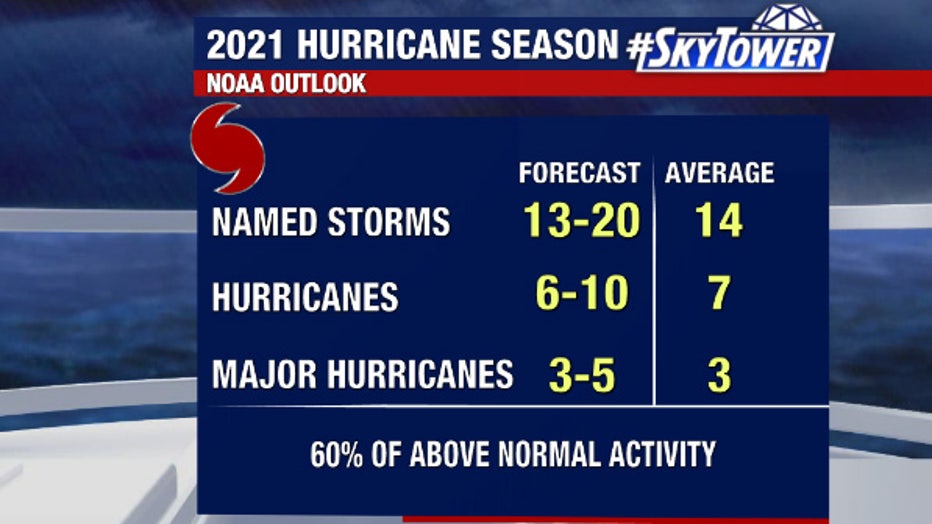 Last year, NOAA also predicted an above-average season, citing conditions similar to what’s expected this year. And the 2020 Atlantic hurricane season ended up not just breaking the record for the number of storms, but shattering it.

For only the second time, forecasters ran out of names and had to start using Greek letters, and they went further into the Greek alphabet than ever before.

That won’t happen this year – not because of anything to do with the number of storms, but because forecasters have abandoned that practice and will instead draw from a list of standby names, if necessary.

While the Atlantic hurricane season officially runs from June 1 through November 30, but storms have spun up early each of the last six years, and it looks like Subtropical Storm Ana may form in the next few days.

"At the end of the day, it’s important to remember you should prepare for hurricane season in the exact same way every year, regardless of what the seasonal outlook says," Eliasen added. "All it takes is one storm where you live to make it a bad year for you."