TAMPA, Fla. - Stargazers here and across the country were given a heavenly show overnight Sunday.

Looking skyward, they saw a total lunar eclipse with the moon bathed in an eerie red glow. When that happens, it is called a "blood moon."

The eclipse started around 10:30 Sunday night and finished about four hours later. The highlight came a little after midnight, when the moon was the most intensely red.

The lunar eclipse happened because the moon was covered by the earth’s shadow. The ante was raised even more because the moon appeared 17% larger than normal, making it a so-called "super moon." 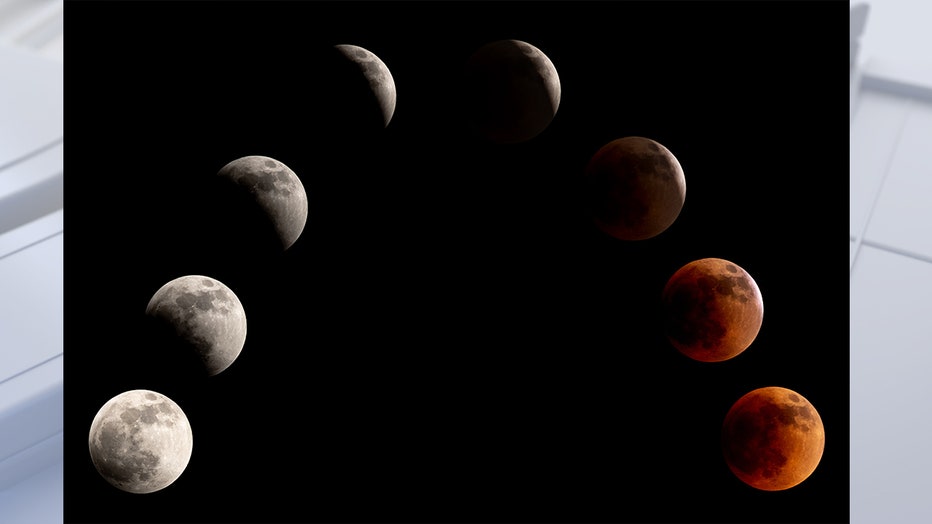 The fact that the moon appeared red has to do with our planet’s atmosphere.

"That atmosphere acts like a special lens filter," explained Jim Garvin, chief scientist at the NASA Goddard Space flight Center. "So when the earth blocks the sun, a little bit of sun gets through the
atmosphere, and the blue light is filtered out and the red light gets through."

Observers in the eastern half of North America and all of Central and South America had prime seats for the whole show, weather permitting. Partial stages of the eclipse were visible across Africa, Europe, and the Middle East. Left out: Alaska, Asia and Australia.

"This is really an eclipse for the Americas," said NASA’s Noah Petro, a planetary geologist who specializes in the moon. "It’s going to be a treat."

All you need, he noted, are "patience and eyeballs." 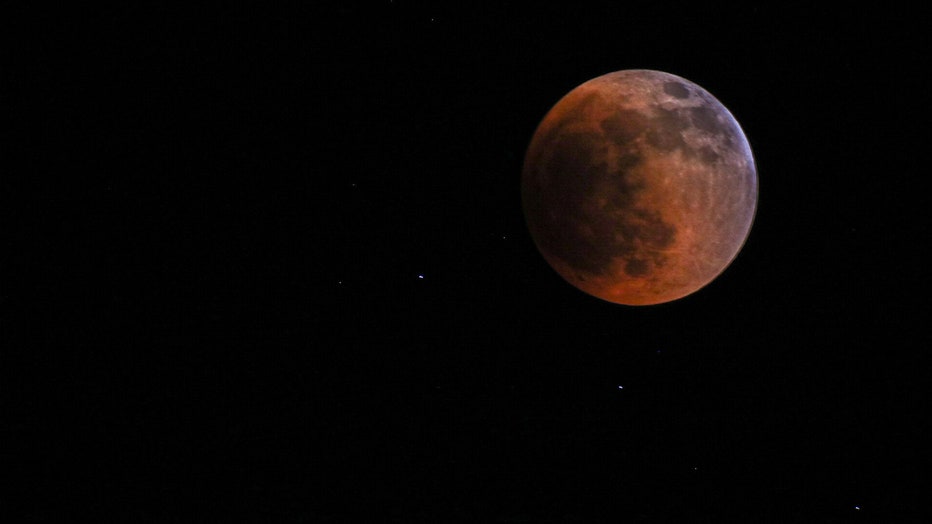 If you missed this celestial event, there will be more. Another one is coming our way this fall, according to Hunter Windham of the Bishop Museum of Science and Nature in Bradenton.

"We may get a partial eclipse that we may be able to see here in November," he said. "But not nearly as red, and not nearly as impressive."