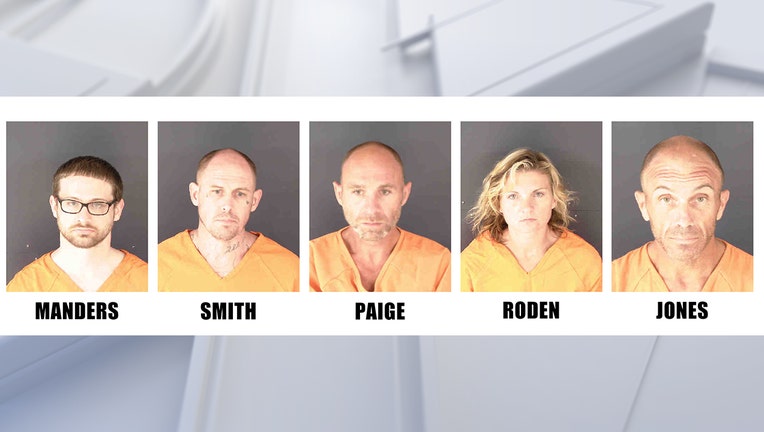 VENICE, Fla. - Sarasota County detectives obtained a search warrant for child pornography at a Venice home, but they also discovered drugs and weapons inside the residence.

Three other suspects were found inside the home: 39-year-old Jason Paige, 33-year-old Juanita Roden and 46-year-old Richard Jones. Drugs, such as meth, a Dilaudid pill, and marijuana was found.

All were arrested on drug charges.