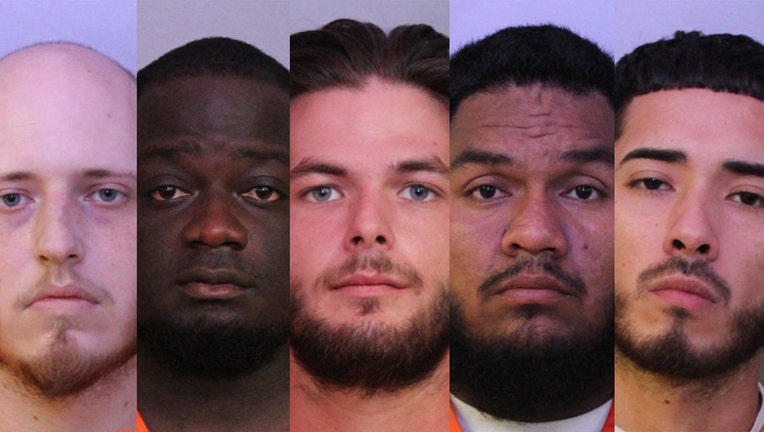 LAKELAND, Fla. - Five suspects were arrested on various charges following a protest in Lakeland on May 31. Detectives said one of those suspects tried to convince others to burn down a courthouse.

Detectives with the Polk County Sheriff's Office and the Lakeland Police Department said the individuals committed the crimes before, during and after the scheduled protest.

The demonstration started out peacefully in Munn Park but then dispersed. A small group moved to the Lakeland police headquarters and tried to block the intersection. In order to disperse the crowd, police fired tear gas. Rioting and skirmishes with police continued into the night.

In response, Sheriff Grady Judd issued a local state of emergency and a curfew, which was lifted.

Detectives said following suspects were arrested for their involvement that day:

According to investigators, Guzman began making statements in an attempt to incite a riot. A witness said Guzman made comments to her stating that he was maced in Orlando, "wants to riot," and "storm" the police department.

They said Guzman was heard encouraging people to enter the streets and block the intersection. The witness said several people tried to stop Guzman, by telling him and others to stay out of the street and head back to Munn Park.

"The protest then moved to Massachusetts Ave to E. Pine St to the intersection of Memorial Blvd and N. Florida Ave.," according to the sheriff's office. "In both intersections, protesters turned violent, as they blocked the flow of traffic, trapping vehicles in the crowd of people. Additionally items were thrown at vehicles, and protesters refused to leave the area when given lawful orders to disperse by law enforcement." 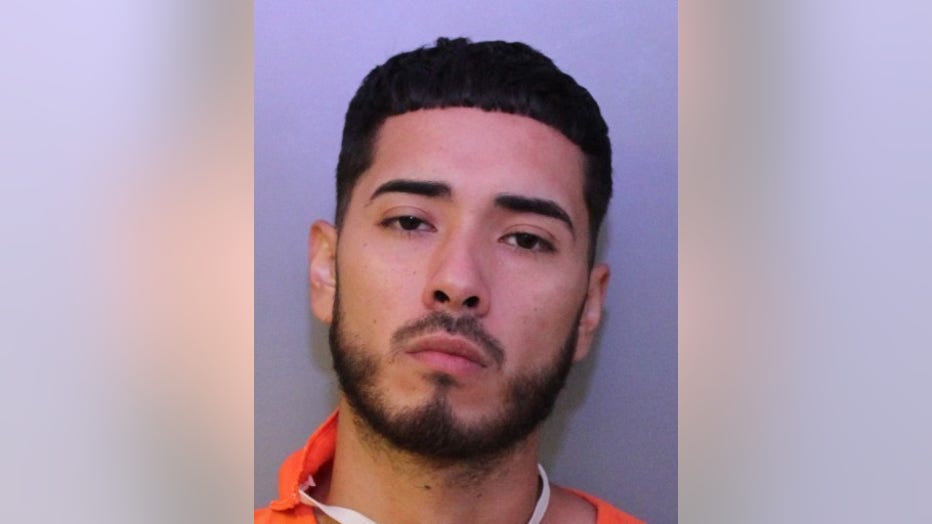 In a Facebook live video, detectives said a user by the name of "Woodboy Los" wrote "Go to Bartow and blow up the courthouse." The user also posted on his Facebook page,  page "Polk county is next everybody be ready it's a movie tonight in Polk County."

Detectives identified "Woodboy Los' as Carlos Alfredo Fugarte, they said. The comments were made during the May 31 riot.

When detectives made contact with Fugarte, they said he told them he and his friends didn't like that people were setting fire to the businesses, but stated he thought the courthouse would be a better place.

" Fugarte confirmed he wrote the comment about blowing up the courthouse, but advised he was not being serious, and that the comment was joke," the sheriff's office said. " Fugarte intentionally used written electronic communication to transmit a threat of terrorism (by enticing someone to blow up the courthouse). This was done in a manner that would allow another person to view the threat, and perceive it as a threat." 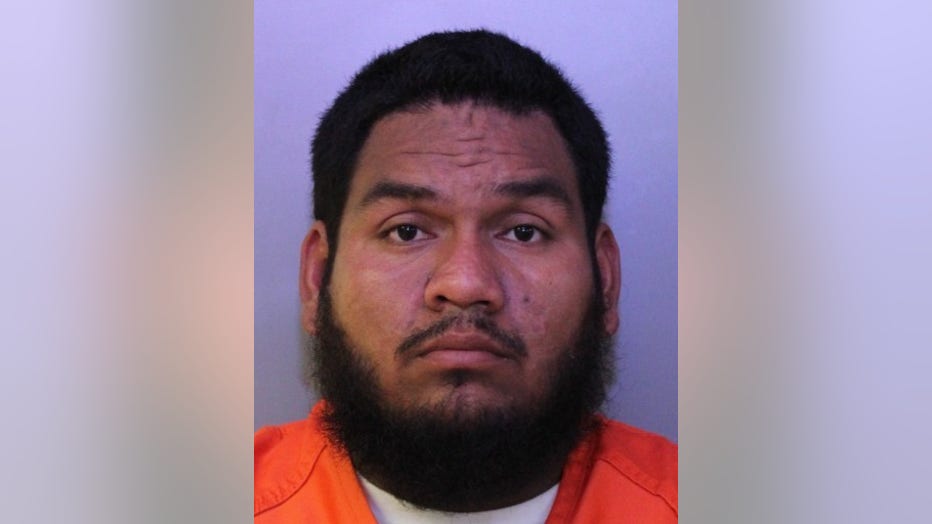 Lakeland police said Joshua Allen Daniel was identified from videos and photos on social media as the suspect who climbed the hood of a vehicle, and used his foot to shatter the windshield and sunroof, before jumping off and walking away.

Police said the victim was heading south on Florida Avenue in a 2002 maroon Dodge when he encountered the group of people standing in the roadway near the Memorial Boulevard intersection, blocking his lane of travel.

Detectives said he tried to move forward slowly before being forced to stop by the crowd. They said he was stabbed in the left hand, punched in the right eye and over his body. During this time, they said Daniel damaged his vehicle. 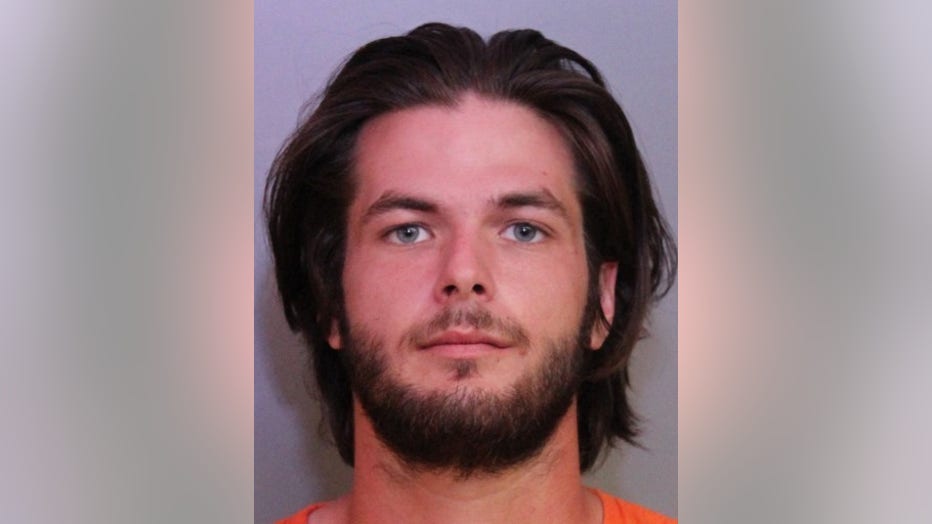 Police said the video was streamed live from his bedroom in Winter Haven. They said his face was visible during the video and he was alone in the room.

According to the police department, he asked for people to meet him at Lakeland Mall and said "several times that he has been to prison two times and is not afraid to go back." 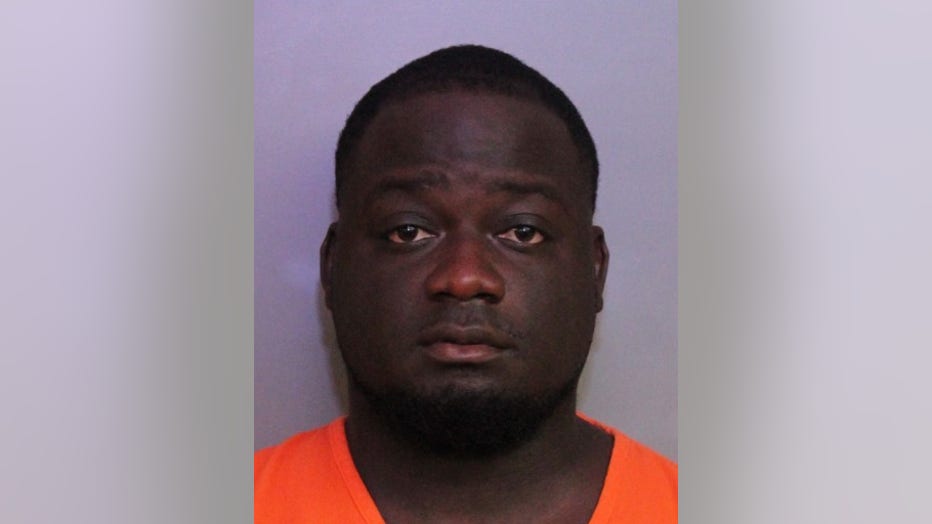 Police said the victim in this case was driving his truck with a boat trailer attached to it, when he approached the large amount of pedestrians on Florida Avenue on May 31. Detectives said the victim made a left turn and slowly traveled eastbound on Memorial during the "civil unrest" in the area.

On the following day, the victim was describing the experience to someone he knew in a public place. Police said Zachary Root overheard and said he was almost injured by a red vehicle towing a boat, but the victim said he driving a white vehicle. Shortly after, police said the victim left in his wife's sedan.

"A short time afterwards, the victim was contacted by his wife, stating she was informed by security at her place of business that a Zachary Root was posting information within social media in an attempt to solicit information on the victim," police said. "The victim provided screen shots of the messages in question for this investigation. The screenshots show that the defendant posted five separate 'updates' detailing the victims' movements, their vehicle with tag number, and employment of both the victim and his wife."

The victim filed a report, an officer told Root to cease and desist. Police said they did not receive any calls-for-service on the day of the protest or after by anyone claiming to have been nearly struck by a vehicle pulling a boat trailer.

"The victim did not provide any personal details to the defendant during their short interaction and had never met him before," police said. "The victim's wife also has never met the defendant. For these reasons, the defendant must have taken specific efforts to research and post the personal information within social media in attempts to identify the victim." 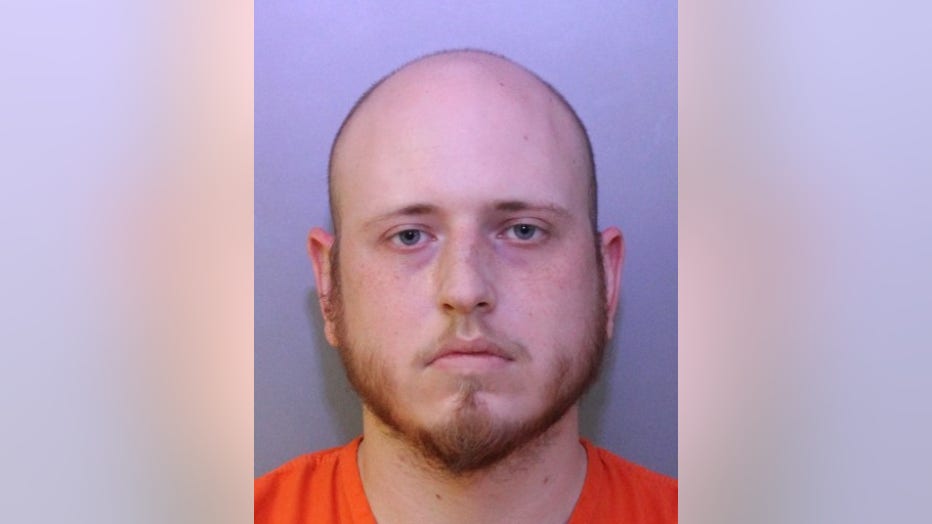