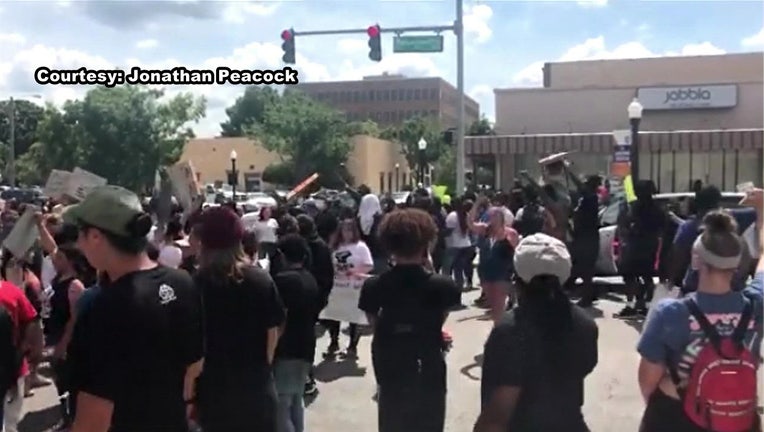 Police had to use tear gas to corral a small group of protesters at a peaceful demonstration in Lakeland earlier this afternoon after a nearby rally had ended.

The initial protest started out in Munn Park and then dispersed. According to witnesses, a small group moved to Lakeland police headquarters and eventually tried to block an intersection. That's when police fired tear gas to break them up.

Rioting and skirmishes with police have continued into the night. Video sent to us by a viewer shows more tear gas being fired at demonstrators near Dreadnaught Stadium.

In response, Sheriff Judd issued a local state of emergency, including a curfew effective until 5 a.m.

“Serious incidents have occurred in Lakeland and are on-going as of the time of declaring this local state of emergency, including threat of injury to civilians, aggravated assault and or battery to civilian(s), and aggravated assault on law enforcement officers. Thus far, participants are not dispersing as ordered by law enforcement officers and the activity is on-going,” the order noted.

The order says residents should stay home, but traveling to and from work or seeking medical care is permitted.