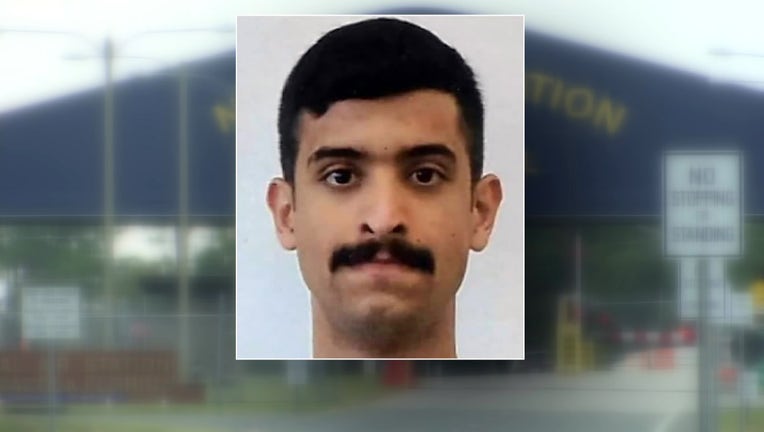 Mohammed Alshamrani killed three U.S. military members and injured eight other people before being killed himself.

WASHINGTON - Flight training has been suspended for more than 300 Saudi Arabian students at three bases in Florida in the wake of the deadly shooting by a Saudi Air Force officer on Friday, the U.S. Navy said Tuesday.

Navy Commander Clay Doss said classroom training is going to start again this week, and flight training for other students will resume. But the Navy on Monday evening ordered that Saudi students at three bases in northern Florida be restricted from flying for an undetermined period of time.

Doss said the stand-down is an effort to ensure the safety of the students, as they recover from the trauma of the shooting, which killed three U.S. military members and injured eight other people. Police shot and killed the Saudi shooter.