CLEARWATER, Fla. - From Morton Plant Hospital in Clearwater, Governor Ron DeSantis announced and provided a demonstration of one of the millions of rapid COVID-19 tests that the federal government sent to states -- all to "protect the most vulnerable."

On top of that, the governor said, Florida will receive an additional 6.4 million rapid tests, which will be distributed to senior centers and schools.

"I don't know if we can physically do that many tests," he said. "There's certainly no demand for that many tests. There's not that much virus which is a good thing."

Meanwhile, during his announcement, a man received one of those tests on stage. Within 15 minutes, the nurse said the test showed a negative result.

"If it's positive, it usually pops really quickly…like a pregnancy test in some aspects," DeSantis said. "This is really significant."

He said the tests will need to be administered by a nurse at the facilities, which will be a hurdle, adding they will need to figure out staffing.

DeSantis said the purpose is to "protect the most vulnerable."

"That cannot mean just isolating the vulnerable," he said, "and not let them enjoying life." 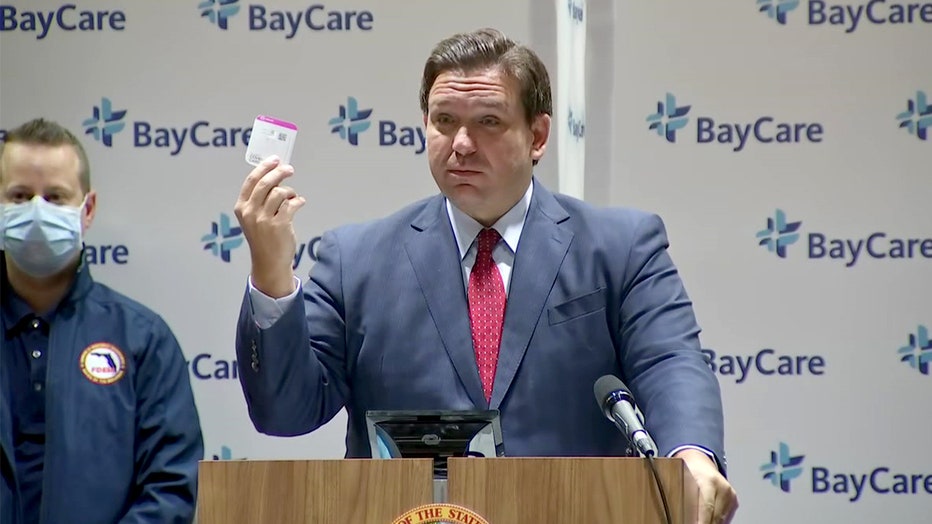 Governor Ron DeSantis holds up rapid COVID-19 test during his announcement from Clearwater.