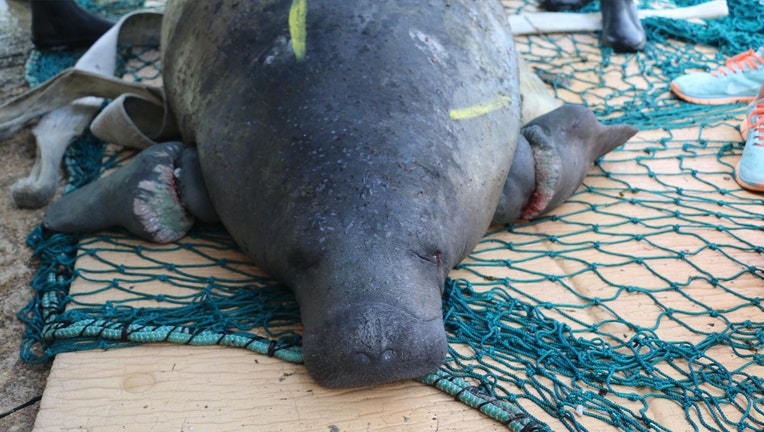 In a letter to Martha Williams, principal deputy director of the U.S. Fish and Wildlife Service, Buchanan said a "staggering" 761 manatees have died this year, a pace that would exceed a previous record of 804 deaths in 2018.

"Manatees are beloved, iconic mammals in Florida, and we should be doing everything in our power to protect them and ensure their continued survival," Buchanan wrote in the letter. "Considering the number of manatee deaths so far this year, redesignating the manatee as endangered, which provides for the highest levels of federal protection and conservation efforts, is critical."

"As seagrass disappears, manatees starve to death," the letter said. "Wildlife observers noted earlier this year that many of the dead manatees washing up on the shores were seriously emaciated."

The Fish and Wildlife Service announced in March 2017 that it was "downlisting" manatees from endangered to threatened, citing increases in manatee populations and improvements in habitats.

It said the downlisting would not "diminish any existing federal protections that will continue to play a vital role in the recovery of the species."

RELATED: Manatees are dying at an alarming rate in 2021, especially in Central Florida