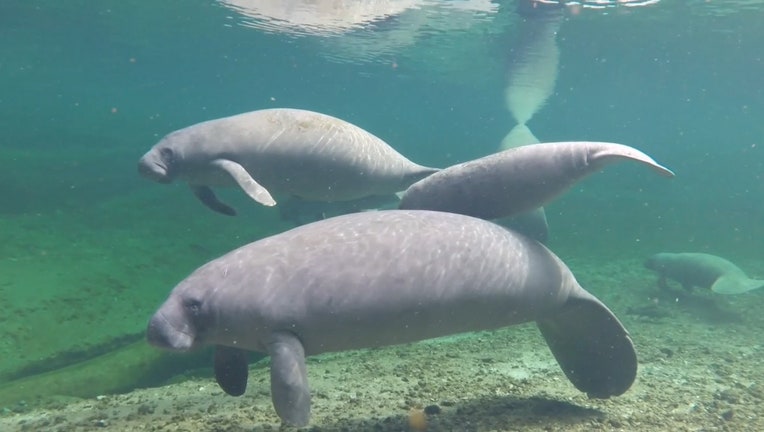 PORT ST. LUCIE, Fla - Tens of thousands of acres of seagrass that is critical to the health of the Indian River Lagoon have disappeared, according to a report in the Daytona Beach News-Journal.

The situation is threatening a number of species, including manatees, who depend on seagrass for food.

Since 2009, 58% of the seagrass in the lagoon system has disappeared, choked off from sunlight as a result of an over-saturation of nutrients in the water, according to the St. Johns River Water Management District. The nutrients are a result of fertilizer, septic tank and road runoff into the lagoon.

Seagrass is food for hundreds of thousands of animals, and home to even more. The loss of seagrass has been especially hard on the manatees that graze on it.

An expert who has spent 40 years studying manatees in Central Florida said dead manatees are being found with nearly nothing in their stomachs.

"This is the first time I’ve seen them starving," said Patrick Rose, the executive director of the Save the Manatee Club. "It’s been out of control. Essentially, it’s an emergency."

Rose and others blame the seagrass loss for a spike in manatee deaths this winter. In all of 2020, there were 637 manatee deaths across Florida. But in the first two months of 2021, there have already been more than 300 deaths, and another 100 occurred in December. The U.S. Fish and Wildlife Service estimates about 6,500 manatees are left in the Southeast United States, most of them in Florida.

The Indian River Lagoon system stretches 165 miles from Volusia County south to Port St. Lucie. Collectively, it averages just more than 4 feet in depth. It is home to thousands of species of plants, fish and other animals.