Tallahassee police arrested a man for driving under the influence after he crashed his car, causing it to go up a power pole.

TALLAHASSEE, Fla. - Police in north Florida arrested a man for driving under the influence after he crashed his car, causing it to travel "up a power pole."

Tallahassee police said the crash happened Saturday afternoon, when officers responded to a crash near the Florida State University campus.

An officer's body camera video showed a blue Ford Mustang leaning against a power pole and its metal suspension cord. The front of the car could be seen high up in the air, with the vehicle resting on the rear left bumper — and none of the wheels touching the ground. 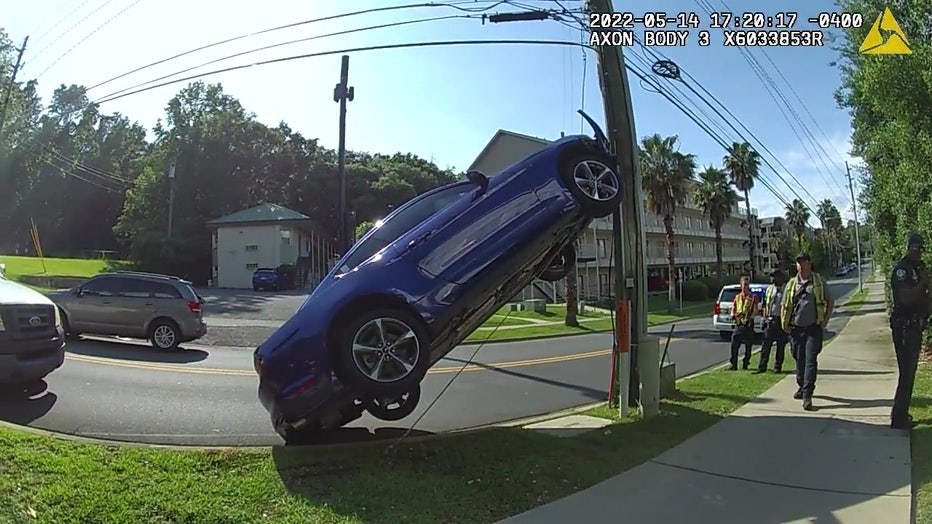 In the video, the officer can be heard talking to the unidentified driver, who said he had been at FSU's Rez Lakefront Park with friends just before the accident.

As the driver stood next to his wrecked car, he told the officer, "I was out with my friends at the Rez, went up the curb, and wound up there."

"And rolled up the pole?" the officer replied incredulously.

She could then be heard calling dispatchers, telling them to let the tow driver who was en route that the Mustang was "completely vertical." 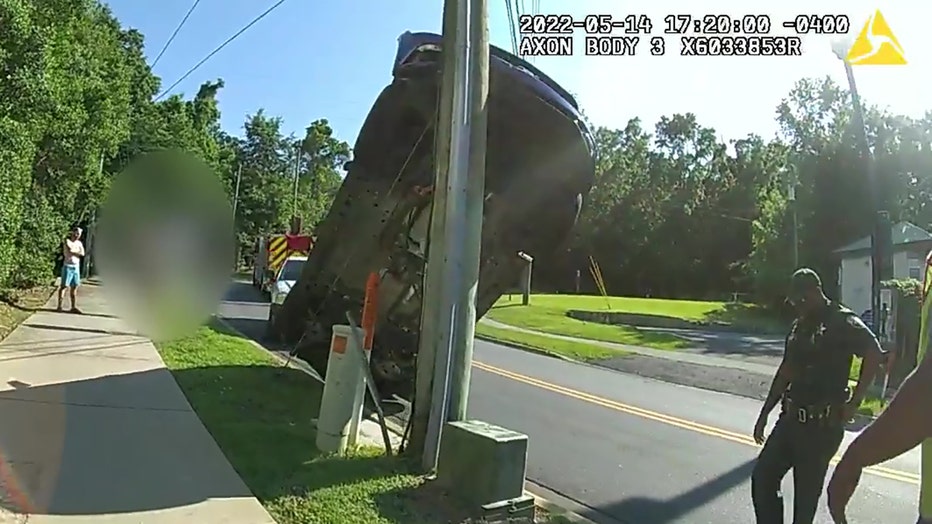 "Have we ever mentioned that you shouldn't drive under the influence?" police wrote in their Facebook post. "Not only could you be featured on our social media like this guy, you could get arrested, physically harm yourself or others, or end someone's life (including your own)."

They then added, "Oh, and you could also end up wrecking your shiny new Mustang."

Police said thankfully no one was injured in the crash.