TALLAHASSEE, Fla. - The Florida lawmaker who sponsored the "Parental Rights in Education" bill, called the "Don't Say Gay" bill by critics, resigned on Thursday, one day after authorities announced his indictment on charges of defrauding a federal coronavirus loan program for small businesses.

Rep. Joe Harding, a 35-year-old Republican, sent a resignation letter to House Speaker Paul Renner saying he needs to focus on his upcoming trial, which is scheduled to start on Jan. 11. 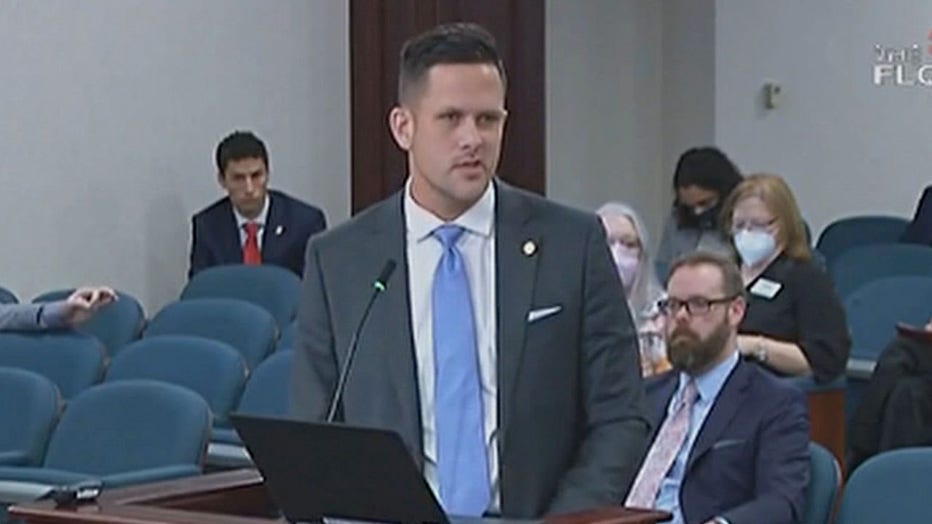 "Now is the time to allow someone else to serve my district," said Harding, who represented a two-county area in the north-central portion of the state that includes Ocala.

Renner said in a statement that he understands and respects the decision. Republicans hold substantial majorities in both houses of the Florida Legislature. Gov. Ron DeSantis will have to call a special election to replace Harding.

Harding is accused of illegally obtaining or trying to obtain more than $150,000 from the Small Business Administration in pandemic aid loans. He is being charged with two counts of wire fraud, two counts of money laundering and two counts of making false statements.

Harding became nationally known this year over his sponsorship of a law that forbids instruction on sexual orientation and gender identity in kindergarten through third grade, as well as material that is not deemed age-appropriate.

FROM MARCH 2022: Gov. DeSantis signs Parental Rights in Education Act in to law

On Wednesday, he issued a statement saying, "I want the public and my constituents to know that I fully repaid the loan and cooperated with investigators as requested."