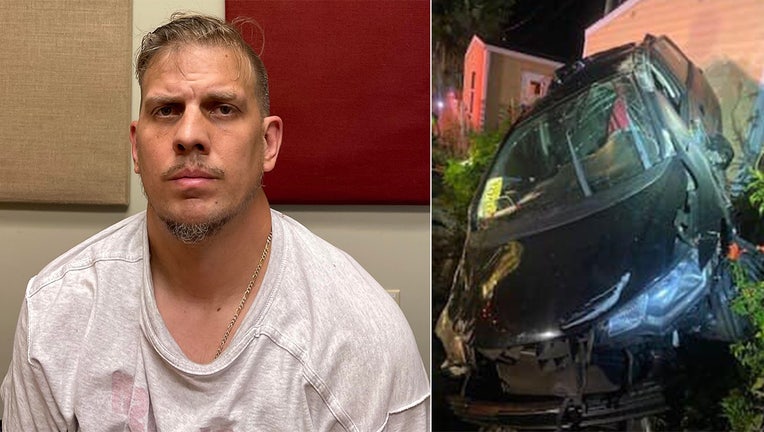 PORT ST. LUCIE, Fla. - A Florida man says he jumped from a stolen car seconds before it was hit by a train and sent flying into a nearby home. The sleeping residents were unharmed and the man was later arrested, authorities said.

Police said the man claimed he stole the car in a "good faith effort" to search for his own vehicle after leaving a bar early Saturday in Martin County, around 50 miles north of West Palm Beach. Instead, he got stuck on the railroad tracks in the path of an oncoming train.

After the crash, the man tried to steal a forklift from a nearby fruit stand, which he also vandalized, the Martin County Sheriff’s Office said in a statement. He was arrested after flagging down responding deputies "to let them know he was still looking for his car," the statement said.

The homeowners were fine, but "the explosive sound of a driverless car smashing into the side of their home was clearly jolting," the sheriff’s office said.

The 38-year-old faces charges of grand theft and criminal mischief, and additional charges are expected.

In describing the episode, the sheriff’s office said, "No title could explain this case, but the details will... well, it’s best to just read on."